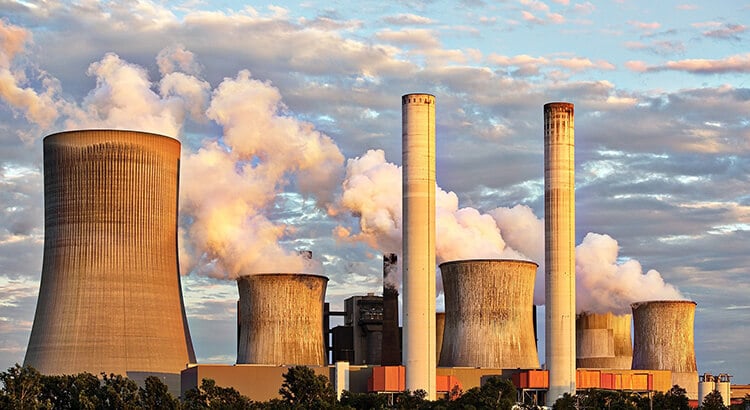 Despite several plea deals with federal prosecutors regarding bribery on a massive scale to pass legislation providing a windfall to nuclear and coal companies, Ohio utility customers continue to fund bailouts of failing coal-fired power plants in Ohio and Indiana.

In the first half of 2021, Ohio utility customers paid $51 million to subsidize the plants, which are jointly owned by Ohio utility companies like American Electric Power, Duke Energy, AES Ohio and others. That’s on top of the $115 million ratepayers paid last year, according to data from state utility regulators.

Sen. Mark Romanchuk, R-Ontario, has spearheaded efforts within the GOP on a piece-by-piece strategy to repeal the remnants of House Bill 6, which codified the coal bailout through 2030.

HB 6 passed via the muscle of $61 million that utility giant FirstEnergy Corp. paid into an account secretly controlled by House Speaker Larry Householder, R-Glenford. That money funded the bill’s passage and enriched those in on the scheme, according to a statement of facts the company proffered to the U.S. Department of Justice. (Householder has pleaded not guilty to a count of racketeering and awaits trial.)

Romanchuk said Tuesday he’s facing resistance from his counterparts on the Senate Energy and Public Utilities Committee as far as repealing the coal plant bailouts.

“You need votes to get it out of committee; the votes probably aren’t there right now,” he said to reporters after a hearing.

“The legislation has some other things in it like refunds that are probably, in the minds of committee members, not what they want to vote for.”

Earlier this year, representatives of the utilities that comprise the Ohio Valley Electric Corp., which owns the two plants, appeared before the committee to argue in favor of the subsidies.

Senate Energy Chairman Rob McColley, R-Napoleon, said Tuesday he has no update on timing regarding a vote to repeal the coal bailouts. He said Romanchuk is working behind the scenes to prepare the bill for a vote, but he’s not involved in specific details.

“You know how I feel about House Bill 6. I voted no because I thought it stunk from the very beginning,” he said. “But at the same time, we’ve got to work this through the committee process and that’s what we’re trying to do.”

The Senate Energy and Public Utilities Committee met Tuesday to consider Senate Bill 118, a Romanchuk bill that would repeal a lesser-discussed piece of HB 6: a $20 million annual credit, funded by utility customers, for certain solar projects.

Franklin County Common Pleas Judge Chris Brown halted collections over nuclear and solar subsidies under HB 6 via an injunction in December, according to PUCO spokesman Matt Schilling. However, in April, Brown issued a ruling allowing the solar fund collections to begin on Nov. 1, 2021.

SB 118 has support from opponents of HB 6: the conservative group Americans for Prosperity, the Ohio Manufacturing Association, and the Ohio Consumers Counsel, which represents ratepayers.

Lobbyists representing OMA and AFP described the credit structure as a form of cronyism, alleging HB 6 was narrowly tailored to ensure the payments made it to a select few solar projects.

A spokeswoman from the Ohio Air Quality Development Authority, which oversees the solar credit program, confirmed collections from consumers won’t begin until Nov. 1. Five projects in Highland, Brown, Hardin and Vinton counties have been approved to receive payments within the program.

Householder was arrested and indicted in July 2020. Lawmakers ousted him as Speaker of the House shortly thereafter. He was expelled as a member of the Ohio General Assembly in June of this year.

He has maintained his innocence throughout. He’s scheduled to appear for a status conference before a federal judge Oct. 5.

“I have not, not have I ever, taken a bribe or solicited or been solicited for taking a bribe. Never,” Householder said.

Two alleged Householder co-conspirators — his political strategist Jeff Longstreth and lobbyist Juan Cespedes — pleaded guilty in October 2020 to one count each of racketeering. Neil Clark, a high power GOP lobbyist, was charged as well. He died by suicide earlier this year.

In July, FirstEnergy admitted in court documents that it paid $61 million into an account that Householder controlled to pass HB 6. The company agreed to pay a $230 million penalty and plead guilty to a charge of wire fraud.

The documents state the company paid $22 million to Sam Randazzo, an energy lawyer appointed by Gov. Mike DeWine to lead the PUCO, in the decade before his appointment. This includes a $4.3 million payment just before he assumed the post.

In return, Randazzo allegedly used his chairmanship to shield PUCO from regulatory scrutiny that could cost it hundreds of millions. Randazzo denied any wrongdoing and has not been charged with a crime.