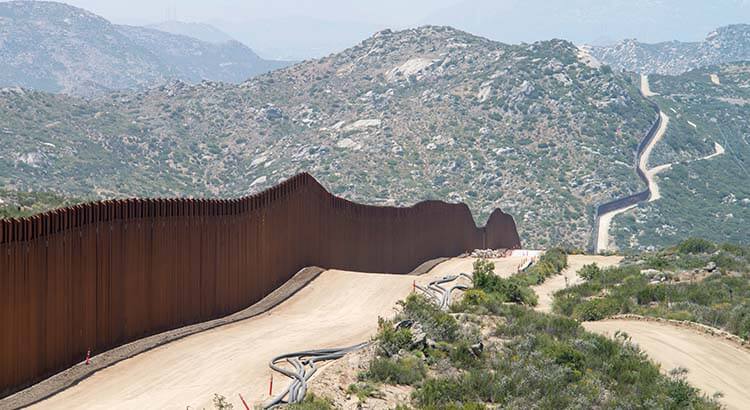 Ohio taxpayers are expected to spend just under $230,000 on Gov. Mike DeWine’s decision this summer to send 14 Ohio State Highway Patrol officers to the Texas border at the request of Texas Gov. Greg Abbott.

Neither governor has justified the need for out-of-state law enforcement personnel in the region, where cities have significantly lower crime rates than those in Ohio.

“While on the detail, Patrol personnel assisted Texas DPS in a support role during their daily patrol operations near the border,” Lt. Nathan E. Dennis said in an email.

In answer to a question about the cost of the trip, he said, “There was not a final cost analysis compiled at the completion of the detail, however the estimated total cost for the mission prior to departure was $229,571.00.”

For its part, the Texas Department of Public Safety declined to discuss what sort of policing Ohio taxpayers financed in the Lone Star State.

“While the department does not discuss operational specifics, we will continue to monitor the situation as it unfolds in order to make real-time decisions to protect the people and property of Texas,” spokeswoman Ericka Miller said in July.

There has been a spike this year in apprehensions of undocumented people.

But many experts say people usually are motivated to make the dangerous journey from Central America and other places by things like poverty, crime and government corruption —not to come to the United States to go on a crime spree.

Also, despite the claims of many anti-immigration politicians, there’s no evidence showing that immigrants are bringing crime with them. In fact, Texas DPS data gathered between 2012 and 2018 showed that undocumented immigrants were much less likely to commit violent or property crimes than the native born or illegal immigrants.

Even so, in making a plea in June for other states to send cops, Abbott and Arizona Gov. Doug Ducey, a fellow Republican, made it sound as if the immigration wave was also a crime wave.

“Given the staggering number of violations now occurring in Texas and Arizona, additional manpower is needed from any state that can spare it,” they wrote to other governors. “With your help, we can apprehend more of these perpetrators of state and federal crimes before they can cause problems in your state.”

DeWine and six other Republican governors responded to the call — even though local officials along the border say they’re dealing with an immigration crisis, and that there’s been no spike in crime.

Claims such as those made by Abbott and Ducey are a sore point for border officials. They complain that false claims of rampant criminality make people and businesses afraid to come to the border — and they can effectively paint a target on the backs of Latinos.