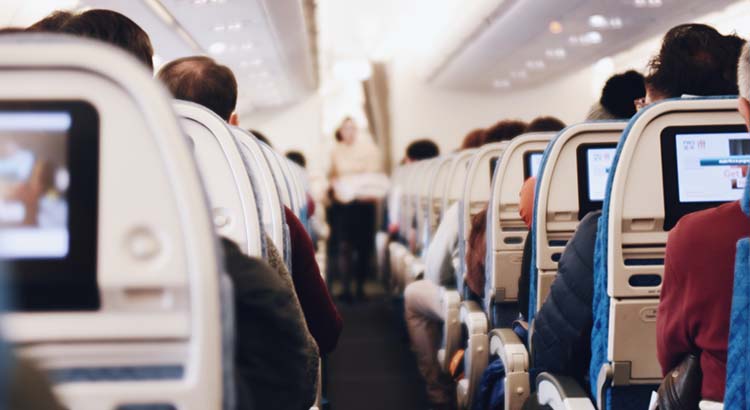 Flight attendants have been subject to unprecedented harassment over masks and more during the pandemic, and a U.S. House panel on Thursday heard the raw details of those “air rage” incidents.

While there’s no hard data, the leader of the flight attendants’ union said the most aggression appears to occur in Southern states where there’s been pushback against mask mandates.

Teddy Andrews, an attendant based in Charlotte, N.C., for American Airlines, told the U.S. House Transportation and Infrastructure Aviation Subcommittee he had “lost count” of the number of times he’d been insulted. But he related one incident in particular that made him “question [his] career choice.”

Andrews said he asked a passenger to put his mask on properly, after the passenger had already brought another flight attendant to tears.

The passenger exploded, insisting he did not have to comply, and twice hurled racist slurs at Andrews, who is Black.

“While I am trained for this, I know I don’t deserve to be spoken to like this under any circumstance,” said Andrews, who testified on behalf of the flight attendants’ union, the Association of Professional Flight Attendants.

Andrews said he responded calmly, the passenger eventually complied and the rest of the flight continued without incident.

The confrontation was one of thousands that have plagued flight attendants and other airline and airport employees during the pandemic, especially as air travel has picked up—along with seeming frustration about mask mandates.

Earlier this year, unruly passenger reports in 2021 were on pace to outnumber all previous years’ incidents combined, said Sara Nelson, the influential leader of the Association of Flight Attendants.

Of the 4,385 reports so far this year, nearly three-quarters were related to mask wearing, according to Federal Aviation Administration data.

That pace of unruly passenger reports has since dipped, according to the FAA. An agency news release Thursday said the rate last week of six incidents per 10,000 flights was half of its peak in February and March.

But the rate is still more than double what it was at the end of last year.

Nelson said there is little hard data on demographic trends, but she said that survey results show more incidents in Southern hubs in North Carolina, Florida and Texas airports where there is more discord over COVID-19 restrictions.

“Incidents are more likely happening out of places where there has been a real inconsistent communication and very clear opposition to masks and dealing with this public health crisis,” Nelson said.

Without excusing the behavior, Republicans on the panel said mask mandates contributed to the passenger frustration that has led to increased incidents of air rage.

The aviation panel’s ranking Republican, U.S. Rep. Garret Graves of Louisiana, said members should look at the issue “holistically” and seek to understand what made air travel so anxiety-inducing, including policies meant to stop the spread of COVID-19.

Graves ran through a litany of frustrations, ranging from inconsistent airport security screening protocols to overpriced snacks to a federal mask mandate for transportation, saying all contributed to passengers feeling on edge.

“We’ve got to make sure that we’re looking at the entire flight experience,” Graves said. “Why are these incidences increasing, spiking like they are? …  Seventy-five percent of air rage incidents that are occurring are tied back to masks.”

Democrats on the committee called for greater enforcement of existing rules against unruly passenger behavior.

In about 40% of cases, no one on the plane alerts on-ground law enforcement of the incident, Nelson said.

Flight attendants often feel pressured to get to their next flight and don’t feel their airlines will support them in pausing to file a complaint, she said, noting United Airlines as an exception through a program that encourages attendants to file a police report.

Other cases of harassment don’t necessarily rise to the level needed to involve police.

Andrews, for example, said he didn’t alert law enforcement or the plane’s captains of the incident he told the panel about because the passenger was not threatening.

The FAA adopted a zero-tolerance policy for unruly passengers in January, enabling the agency to skip warning letters and go straight to fines. It has issued $1.1 million in fines so far this year.

Nelson and Democrats on the panel called for greater criminal enforcement from the Justice Department and FBI as well.

Asked Thursday whether the Biden administration would support criminal prosecutions against unruly airline passengers, White House Press Secretary Jen Psaki responded by highlighting the recent move to double fines issued to those who refuse to comply with mask mandates.

“We’re hopeful it will have an impact on people behaving in a safer way on flights,” Psaki said.

DeFazio said the FAA could coordinate a nationwide list of unruly passengers. Under the current system, passengers banned by one airline have no restriction on flying with another.

—Laura Olson contributed to this report.