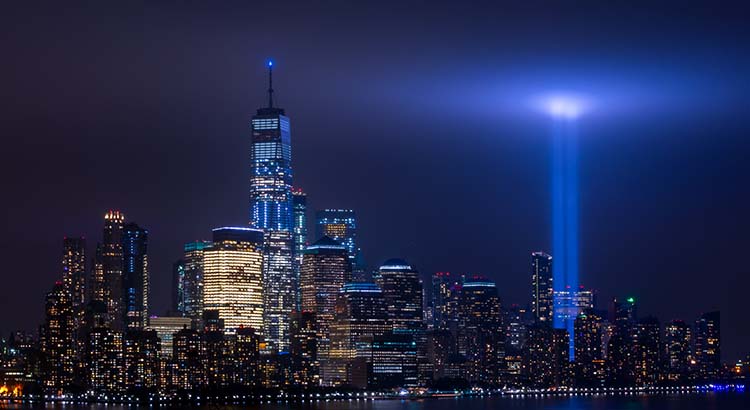 Tiffin, Ohio — This Saturday marks the 20th anniversary of the 9/11 terrorist attacks on U.S. soil. There will be opportunities on Heidelberg University’s campus and in the Tiffin community to observe the anniversary, to remember the courage of the first responders and mourn those who lost their lives that day.

Heidelberg’s Office of Religious Life and Civic Engagement invites the university community and the Tiffin-Seneca County communities to gather at the Peace Pole in front of Campus Center to share thoughts and prayers for peace.

This interfaith prayers for peace gathering will begin at noon on Friday, Sept. 10. In the case of inclement weather, the event will move inside to Herbster Chapel, Pfleiderer Center.

Heidelberg’s Marching Band, under the direction of Jon Waters, will observe the anniversary with a patriotic theme at Saturday’s home football game. The band will open with a fanfare on Stars and Stripes Forever and then perform An American Heritage, written by the chief arranger of the United States Marine Band and Ohio native Ryan Nowlin.

The band also will play an arrangement of Amazing Grace with a bagpiper to honor the first responders and then close with America the Beautiful, featuring the band and the Chamber Singers. The finale will include fireworks and a giant banner of the iconic photo of the American flag being raised by firefighters at Ground Zero. Game time is 1:30 p.m. at Hoernemann Stadium.

In Tiffin, a series of events kicks off at 8:46 a.m. – the time the first plane struck the first World Trade Center tower – with a ceremony at the Tiffin Police and Fire All Patriots Memorial, at the intersection of South Washington and Water streets. The event will feature first responders, bagpipes, prayers, speakers, a wreath-laying, a rifle salute and the playing of Taps. The outdoor memorial features a beam from the World Trade Center and memorializes Tiffin first responders who have died in the line of duty.

Other local and area events include: