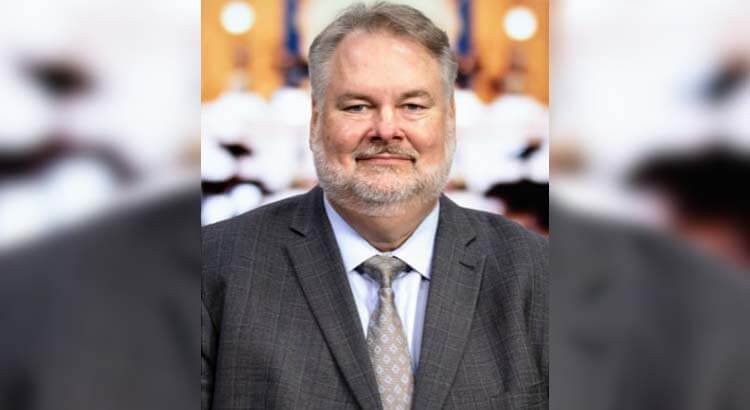 New lines drawn by state GOP leaders ousted Sen. Mark Romanchuk, a Republican from Richland County, from the district that elected him to his seat in 2020.

Since the indictment of the former speaker of the House last summer and subsequent guilty pleas from four alleged co-conspirators, Romanchuk has led the charge among Ohio Republicans to repeal House Bill 6, the legislation at the center of the racketeering prosecution.

He has sponsored four substantive bills this legislative session, three of which are aimed to repeal different elements of HB 6 including forcing utility customers to guarantee revenue at 2018 levels for utility company FirstEnergy Corp. (which pleaded guilty to a lesser charge after admitting to its role in a bribery scheme), and another repealing utility customer-funded bailouts to the utility companies that own two coal plants in Ohio and Indiana.

A Romanchuk aide confirmed Thursday that the senator now lives in a new Senate district and said he didn’t know why Romanchuk was removed from his former district.

Being moved into a new district serves as a political disadvantage for incumbents; it requires them to win support of new voters, instead of relying on continued support of those who elevated them to office in the first place.

Senate spokesman John Fortney confirmed that Romanchuk was removed from his district. When Romanchuk’s term ends in 2024, he can choose to either challenge his GOP colleague who currently represents most of the new district, Sen. Bill Reineke, R-Tiffin, in a primary; move into his old district; or be gone from the Senate. Fortney said four other GOP senators — Jerry Cirino, Sandra O’Brien, Reineke, and Matt Dolan (who is term limited and cannot run for re-election) — were also drawn into the districts of fellow GOP incumbents.

“Under the new rules, not everyone was able to remain in their current districts,” Fortney said.

The state legislative maps have drawn scathing criticism for their gerrymandered nature. Republicans have won the past 16 statewide elections with about 54% of the vote; the new district lines are likely to give them about 62 of 99 House seats and 23 of 33 Senate seats according to their own estimates.

Voting rights advocates and Democrats said the lines were drawn despite two constitutional amendments passed in 2015 and 2018 to limit partisan gerrymandering. Secretary of State Frank LaRose and Gov. Mike DeWine voted in support of the new maps Wednesday, although both questioned the maps’ constitutionality.

Romanchuk’s ouster from what was one a safe district for him politically raises the question of whether lines were weaponized against dissenting voices from within the Republican party, along with diluting Democratic voting power.

“It seems they may have,” said Sen. Teresa Fedor, a Democrat on the Senate Energy and Public Utilities Committee, when asked if she believed Republicans retaliated against Romanchuk via the new district lines in connection with his HB 6 repeal work.

However, some of the loudest critics of HB 6 and champions of its repeal were reluctant to say whether Romanchuk’s ouster is connected to his work on the issue.

“We cannot assume the intentions of the map drawers, but we know that politically drawn maps are just that — politically motivated,” said Heather Taylor-Miesle, executive director of the Ohio Environmental Council, which opposed HB 6 and supported Romanchuk’s repeal efforts.

“We also know that the gerrymandered four-year map, hastily approved by the Republican members of the Ohio Redistricting Commission, is a slap in the face to the supermajority of Ohioans who voted for redistricting reform in 2015 and 2018. Ohioans deserve better.”

The Sierra Club, an environmental advocacy organization, declined to comment. Micah Derry, the former director of Americans for Prosperity, a libertarian-leaning conservative group that opposed HB 6 and supported its repeal, said he didn’t know whether HB 6 factored in.

The Ohio Manufacturing Association, which aligned with the Sierra Club and AFP on the issue, did not respond to an inquiry.