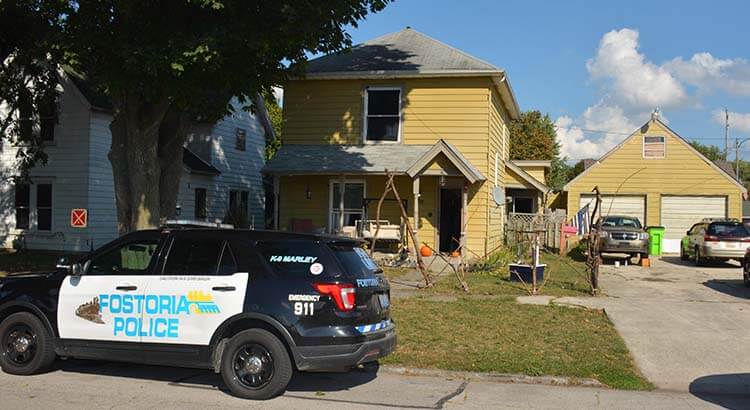 Fostoria, Ohio — A Fostoria woman was arrested Friday after authorities raided her residence on a drug related search warrant.

The raid unveiled suspected methamphetamine, a firearm, ammunition, U.S. currency, and drug paraphernalia, according to police.

32-year-old Mara D. Simpson was arrested on an outstanding warrant out of Findlay and was transported to the Hancock County Jail.

Simpson faces additional charges of possession of drugs, trafficking in drugs, having weapons under disability, and possession of drug paraphernalia as a result of Friday’s raid. Police say those charges are pending the conclusion of the entire drug investigation.

“Our department was receiving a lot of drug intelligence on that specific residence, reporting suspected drug activity for some time,” Fostoria Police Chief Keith Loreno said. “I consider the entire investigation to be successful due to the search warrant being executed safely, with drugs and a gun being removed from our community and our citizens’ complaints being addressed.”