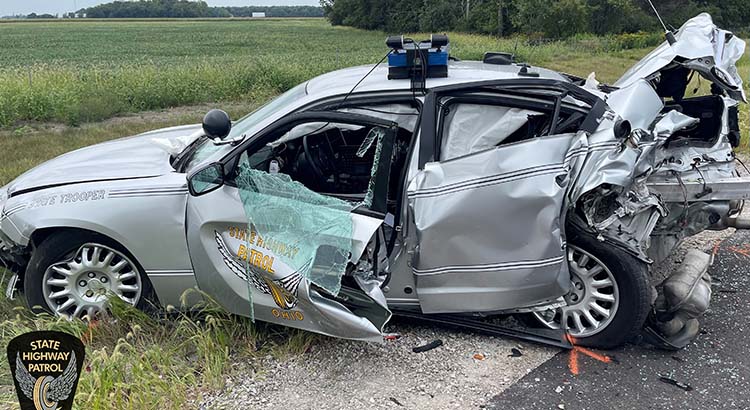 At the time of the crash,  Sergeant Fernando Chavez, 46, of the Defiance Post had a vehicle stopped on the shoulder  for a traffic violation when a pick-up truck drove off the right side of the road and struck Sergeant Chavez’s patrol car and the vehicle he had stopped.

Troopers determined Justin R. Johnson, 28, of Defiance, was driving a 1998 Chevrolet  S-10 pickup truck when it ran off the right side of the roadway and struck Sergeant  Chavez’ patrol car, a 2019 Dodge Charger. 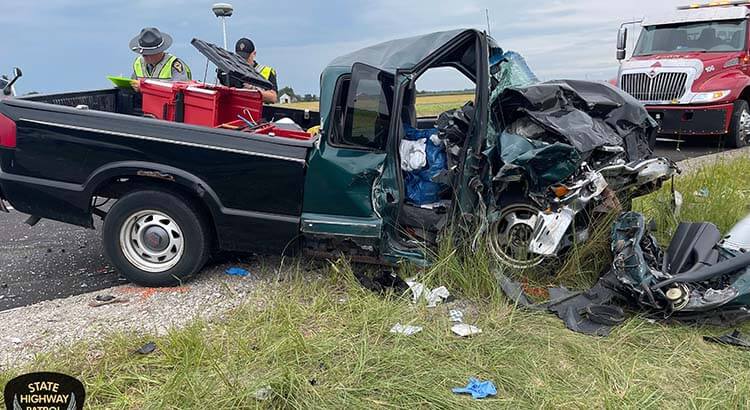 The pickup and the patrol car then struck a  2009 Nissan Maxima that Sergeant Chavez had stopped on the shoulder.

Sergeant Chavez had stopped the Nissan, driven by Caleb A. Wolfe, 19, of Delphi, Indiana, for a speeding  violation and was in the driver’s seat of his patrol car completing a citation when the  crash occurred.

Johnson sustained life-threating injuries and was taken by air ambulance to Promedica  Toledo Hospital while his passenger, Steven R. Johnson, 52, of Bryan, succumbed to fatal  injuries at the scene. 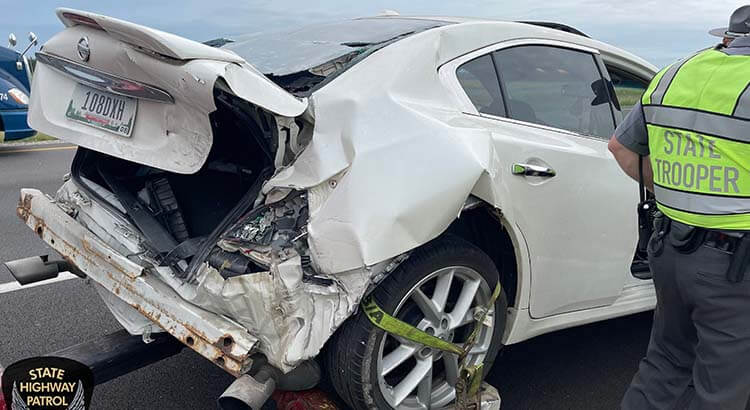 The westbound lanes of U.S. Route 24 were closed for approximately one hour following  the crash. It was reopened and reduced to one lane until the scene was cleared  approximately three hours later.

The Patrol reminds motorists to move over or slow down for vehicles on the side of the  roadway with flashing lights and to always buckle up.