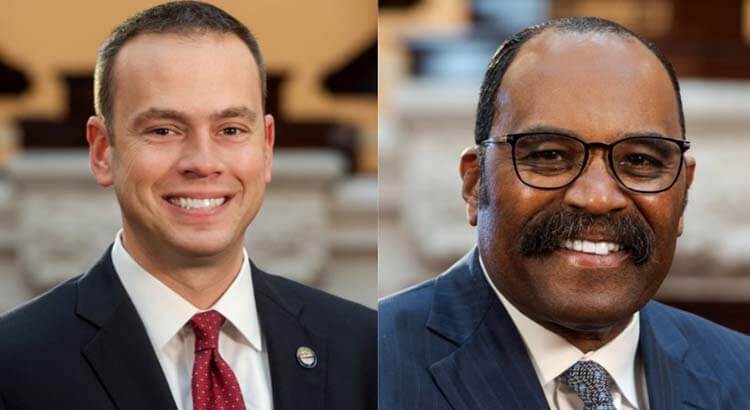 A bipartisan pair of state Senators introduced legislation Monday to cap the prices health insurers can charge people with diabetes for their insulin.

Senate Bill 220, if passed, would prohibit insurers from charging more than $35 for a 30-day supply of insulin. The bill, less than 100 words in length, could save thousands annually for a portion of Ohio’s 1 million people living with diabetes who rely on insulin to survive and manage their blood sugar.

Costs vary widely for insulin depending on one’s health insurance. A patient on Lantus, an insulin brand, could pay anywhere between $400 to $500 a month, according to Antonio Ciaccia, CEO of 46Brooklyn, which tracks drug prices. Similar drugs like Novolog or Humalog cost $300 to $350 per month.

Research from 2019 in the Journal of American Medicine found insulin costs had tripled over the prior decade and out-of-pocket costs doubled. This resulted in one in four sampled diabetics reporting underusing insulin — a dangerous practice.

“Insulin is a life-saving, essential medicine, and most patients cannot act as price-sensitive buyers,” the researchers wrote. “Regulators and the medical community need to intervene to ensure that insulin is available to patients who need it.”

“Currently, too many Ohioans ration their insulin to save money, a practice that can be fatal. Capping the cost of insulin at $35 for a thirty-day supply helps make sure that they can afford this essential medication,” Craig said in a statement.

House Democrats introduced a similar version of the proposal during the prior legislative session, which stalled out after a single hearing in the Republican-controlled House Health Committee. Sponsorship from Manning, chairman of the Senate Judiciary Committee, likely gives the bill a better chance in the supermajority Republican Senate. Manning, through an aide, deferred comment to Craig.

Lawmakers are set to reconvene in September.

Allegations of impropriety trail insulin’s high costs. In 2019, Heritage Pharmaceuticals paid a $7 million penalty in an agreement with the U.S. Department of Justice after it was accused of price fixing and bid rigging around Glyburide, a diabetes drug. Reuters reported last month a judge denied a motion to dismiss a 2017 lawsuit brought against drug manufacturers and pharmacy benefit managers alleging that insulin drug prices have been inflated by kickbacks, in the form of rebates and administrative fees, paid by drugmakers to PBMs in exchange for favorable placement on PBMs’ drug formularies.