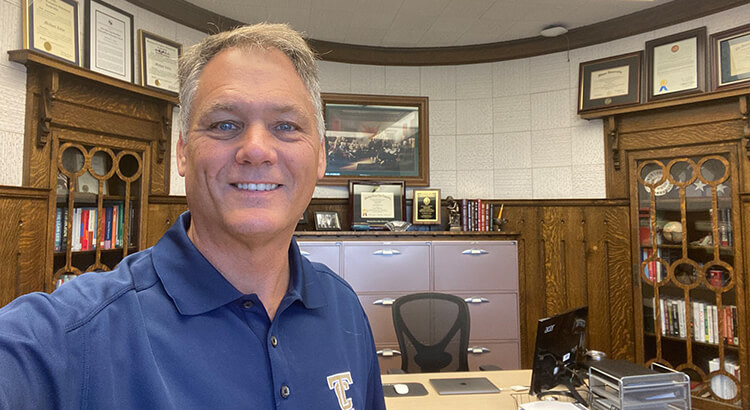 Zalar was hired in June by the Tiffin City Board of Education after the previous incoming superintendent, Van McWreath, was arrested on charges related to an alleged domestic incident.

“My first official day as the new Superintendent of Tiffin City Schools! So excited to begin serving our amazing students, staff, and community! Great things on the horizon for our schools! Tornadoes are on the rise,” Zalar tweeted Tuesday afternoon.

Zalar, who is originally from Tiffin, said he spent the weekend moving into his new home in the city.

According to his LinkedIn profile, Zalar has a Ph.D. in Educational Administration and Supervision from Bowling Green State University. He has also earned a Master of Arts in Teaching from Miami University, and holds a Bachelor of Arts in Geography and Planning from the University of Toledo.

Zalar is a “seasoned superintendent with 12 years of experience leading districts to success,” according to the Tiffin City Board of Education.

“Dr. Zalar not only brings experience, he also is a man of character and integrity,” the board said in a statement following Zalar’s hiring.

Zalar most recently served as superintendent of North Olmsted City Schools, a position he held since August 2013 until he announced his retirement earlier this year.