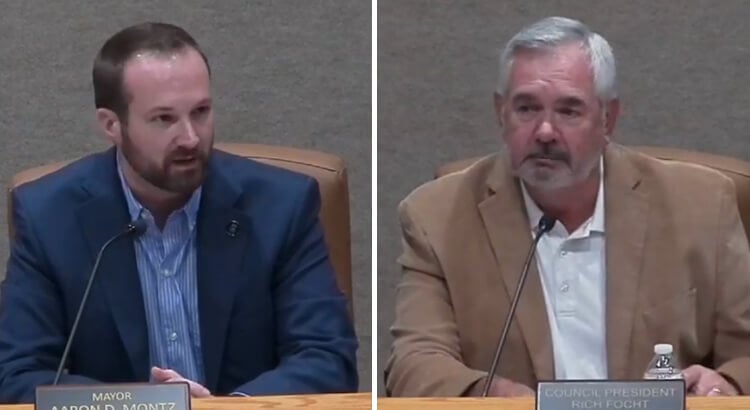 The state legislature recently passed House Bill 168 to distribute some of the funds to townships, which were originally left out of ARP funding. Both of Tiffin’s state legislators, Sen. Bill Reineke and Rep. Gary Click, co-sponsored the bill. Gov. Mike DeWine  signed the legislation into law last week.

To compensate for funding to townships, the legislation puts cities and towns with populations of less than 50,000 into the same category as townships. The allocated funding to these entities, known as non-entitlement units of local government, is then determined based on population.

Tiffin was originally set to receive $3.45 million in funding, but as a result of HB 168, the city is expected to receive approximately $1.8 million, according to Tiffin Mayor Aaron Montz.

Montz said he doesn’t have a problem with the townships receiving funding, but he doesn’t believe that should result in decreased funding for cities.

“We don’t disagree that the townships deserve money. We agree fully the townships need some stimulus money as well,” Montz said. “But I think the frustrating part to us was, the money was taken from the city’s pot of money, instead of entities like Seneca County, which essentially governs the townships. You have over $10 million coming to Seneca County, to the commissioners office, and they have no idea how they’re going to spend it all. Why wasn’t that money taken and given to the townships?”

The mayor said that the funding cuts came as a surprise to the city, adding that the legislation was passed with an “overnight, quick vote to where no one would know, so there was no opposition.”

“[The city’s funding was] nearly cut in half by the state officials without any discussion,” Montz said to council members. “None of you had any heads-up, I didn’t have a heads-up. No one knew that this was coming until it already happened.”

Montz said the move is another example of the Republican-controlled state government “continuing to do what they’ve done for about the last decade: take more and more money away from cities.”

Council President Rich Focht called the funding decrease a “slap in the face.”

“Everything we do that generates economic development in our community benefits the state of Ohio. They collect sales tax off of that, and that amount never goes down,” Focht said. “But now, when they have an opportunity to help us out, what do they do? They turn their backs on us.”

Councilman Steve Lepard proposed a resolution to send a letter to the state government expressing the city’s dissatisfaction with the funding decrease.