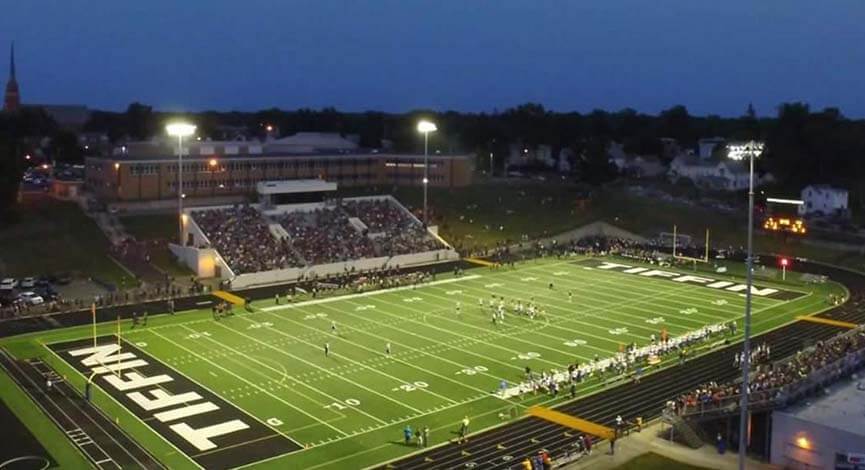 Tiffin, Ohio — As the Tiffin Columbian High School Athletic Hall of Fame prepares to recognize the Class of 2021 and introduce this year’s Hall of Fame inductees at Friday night’s football game against Sylvania Southview, the Hall of Fame committee is being criticized for its decision to allow a convicted sex offender to participate in the induction.

The ceremony will recognize this year’s Hall of Fame inductees, including the 1998 girls basketball team — which includes a person who was previously removed from the Hall of Fame as an individual member due to what the committee described as a “legal and ethical violation involving sexual misconduct.”

“Thoughtful consideration was given by the Selection Committee to include all members of the team including consultation with local law enforcement officials and legal counsel. Consideration was given both to individuals’ rights as well as concerns related to the health, safety, and well-being of our community,” the committee said in a statement posted Friday afternoon to the Tiffin City Schools Facebook page.

Since the 1998 girls basketball team is being inducted as a team, the Hall of Fame committee said “based on the collective efforts and success of all team members, we believe strongly that all members of the team should be included.”

“The HOF Committee recognizes this may be a sensitive issue for some in the community, however, we believe that all members of the 1998 Girls Basketball Team have the right to be included as part of this team induction,” the committee’s statement reads.

According to the statement, the individual in question has elected not to attend Friday evening’s Hall of Fame game.

The Class of 2021 will be formally recognized at an induction ceremony Saturday evening during a banquet at Tiffin University’s Marion Center.