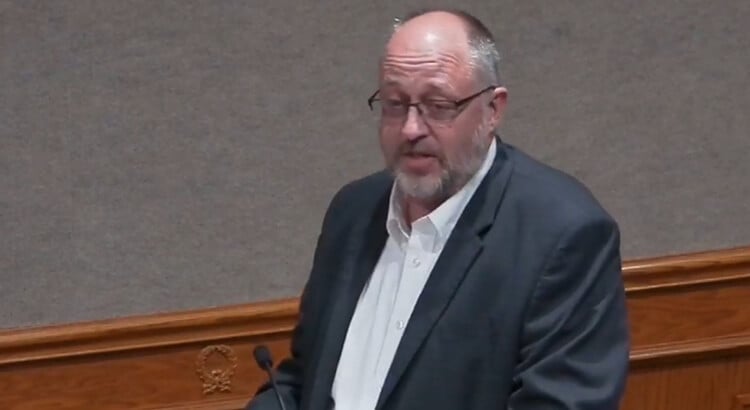 Tiffin, Ohio — State Representative Gary Click (R-Vickery) visited Tiffin on Monday to attend a city council meeting and defend his decision to cosponsor legislation that cuts federal funding to the city of Tiffin and other similarly sized cities throughout the state.

The state legislature recently passed House Bill 168 to distribute some of the funds from the American Rescue Plan (ARP) to townships, which were originally left out of ARP funding.

To compensate for funding to townships, the legislation puts cities and towns with populations of less than 50,000 into the same category as townships. The allocated funding to these entities, known as non-entitlement units of local government, is then determined based on population.

Tiffin was originally set to receive $3.45 million in funding, but as a result of HB 168, the city is expected to receive approximately $1.8 million, according to Tiffin Mayor Aaron Montz.

The mayor said that the funding cuts came as a surprise to the city, adding that the legislation was passed with an “overnight, quick vote to where no one would know, so there was no opposition,” a comment that was refuted by Click.

“Any ideas or insinuations that Senator Reineke or myself would do something secretly, or in the cloak of darkness, to hurt the city of Tiffin… That’s just not true,” Click said.

Click said that under the legislation, Ohio is following guidelines set by the federal government. He added that the classification for non-entitlement units of local government is set at the federal level.

Mayor Montz previously questioned why the state didn’t allocate funds away from counties rather than cities.

“We don’t disagree that the townships deserve money. We agree fully the townships need some stimulus money as well,” Montz said. “But I think the frustrating part to us was, the money was taken from the city’s pot of money, instead of entities like Seneca County, which essentially governs the townships. You have over $10 million coming to Seneca County, to the commissioners office, and they have no idea how they’re going to spend it all. Why wasn’t that money taken and given to the townships?”

Due to federal guidelines, Click said taking funding away from the counites was not an option, citing the federal government’s classification of non-entitlement units of local government.

“Basically what this amounts to is, we’re following the law and the guidance of the federal government as it was sent down to us,” Click said. “And that’s how we are applying things in this position.”

Mayor Montz told TiffinOhio.net that Sen. Bill Reineke’s office sent a letter to the city soon after their frustrations were aired. He is expected to attend a council meeting in either September or October to speak with council and the administration in person regarding the funding cuts and any other topics.