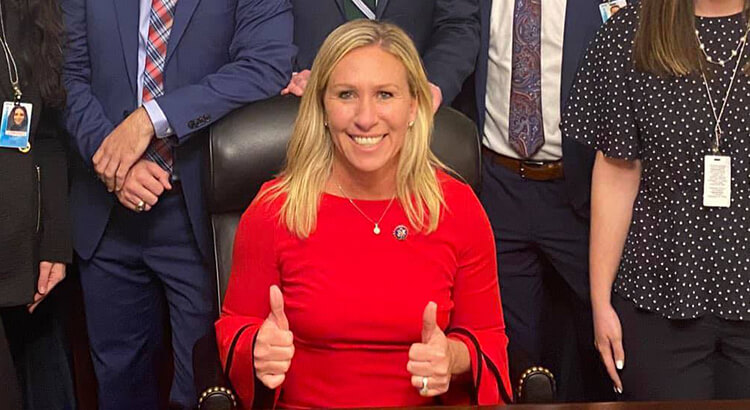 More insanity from the QAnon following, Trump-worshipping Republican Party is about to make its way to Seneca County.

The local GOP is set to host a fundraiser featuring a far-right conspiracy theorist who has a history of spreading several white supremacist and anti-Semitic conspiracy theories, advocating for the execution of Democrats, and pushing the “big lie” that Donald Trump won the 2020 presidential election.

U.S. Representative Marjorie Taylor Greene, a Republican from Georgia, will be the keynote speaker at the “Seneca County GOP Judicial Fundraiser” on Friday at 6:30 p.m. at the Meadowbrook Park Ballroom in Bascom. 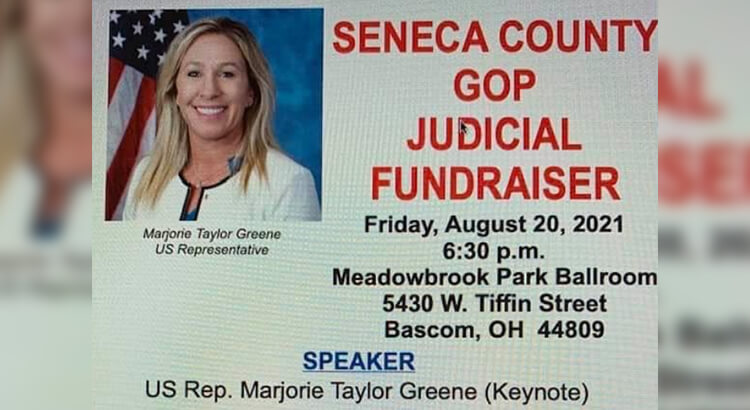 The Seneca County GOP is promoting their upcoming fundraiser with Marjorie Taylor Greene on their website and social media.

Here are some things you should know, if you don’t already, about Greene:

They believe racism and hatred have a place in politics and government. They believe it’s okay for politicians to advocate for executing their opponents. They think it’s acceptable to compare safety measures for the COVID-19 pandemic to the persecution of Jewish people during the Holocaust. And, to top it off, they believe in continuing to spread the toxic lie that Donald Trump won the 2020 presidential election.

Anyone who is surprised by this must have been living under a rock for the past several years. This is what the modern day Republican Party has become — even at the local level.

Dylan J. Poe is the Editor of TiffinOhio.net. He can be reached via email at dpoe@tiffinpublishing.com.