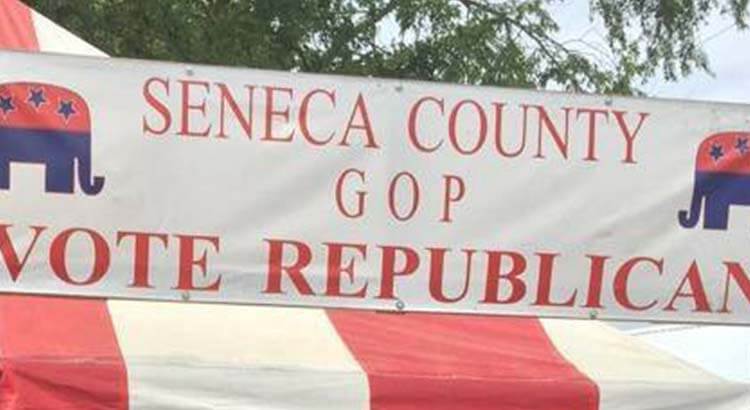 Tiffin, Ohio — The chairwoman of the Seneca County Republican Party has resigned following a controversial fundraiser last week which featured a slate of speakers including far-right conspiracy theorists and a QAnon-affiliated insurrectionist.

In a Facebook post shared to the Seneca County GOP page on Wednesday, Vanessa Treft said she has resigned as from her position as women’s chair.

“I believe in one term and out as our Founding Fathers believed,” Treft claimed in the post. “It’s been my pleasure serving Seneca County.”

A source within the local GOP claims Treft was attempting to lead her “own faction” within the party, leading to frequent clashes with other members. Treft was one of the main organizers of last week’s Seneca County GOP Judicial Fundraiser in Bascom.