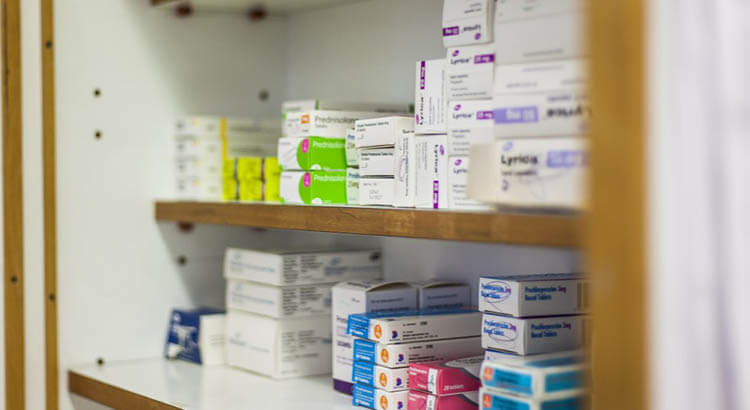 An industry group representing powerful drug middlemen has gone to court to stop a federal rule intended to bring transparency to rebates middlemen get from manufacturers.

The middlemen are arguing that the rule, initiated by the Trump administration, will increase drug costs. But the group’s critics say that secretive rebates are a primary driver of drug inflation — and the profits the middlemen extract from it.

The group, the Pharmaceutical Care Management Association, last week filed the suit in federal court in Washington, D.C., on behalf of companies known as pharmacy benefit managers, or PBMs. The companies are hired by payers such as Medicare, Medicaid and private health plans to administer prescription benefits.

Among their functions, PBMs control “formularies” or lists of covered drugs. They tell drugmakers that in order to get their products on their formularies they have to provide rebates and other discounts.

PBMs claim that by using their heft to make drugmakers provide discounts, they’re creating savings for their clients.

But the industry’s critics say the big three PBMs work behind a veil of secrecy to pocket a lot of dough. As evidence, they point to escalating drug costs as three PBMs — CVS Caremark, Express Scripts and OptumRx — have come to occupy dominant positions in the marketplace, together controlling an estimated 77% of it.

Some of those who hire PBMs might think they’re collecting all manufacturer discounts because their contract entitles them to 100% of rebates. But Linda Cahn, a top lawyer challenging the industry, has said PBMs often label additional discounts as something other than “rebates” and pocket them anyway.

The lawsuit filed last week by the PBM industry group subtly acknowledged that the corporations are holding back some of the discounts they extract from drugmakers.

“In general, PBMs pass these negotiated price concessions on to their health plan and health insurance issuer clients, who in turn use these cost savings to lower premiums and cost-sharing for their enrollees,” it said.

To get from “in general” to always passing along all discounts, Cahn in a 2019 presentation to Ohio’s Joint Medicaid Oversight Committee urged that PBMs be required to disclose their true net cost for drugs.

That’s just what the Trump administration did for a huge swath of the marketplace last November. It passed a rule requiring that PBMs make data about their net prices in the Medicare Part D program publicly available in a computer-readable format.

The Biden administration delayed implementation of the rule and in their lawsuit, the PBMs are trying to get rid of it.

“This is because problematic portions of each rule force public disclosure of the terms of PBMs’ confidential negotiations with drug manufacturers, opening the door for manufacturers to tacitly collude with each other to increase drug prices,” the lawsuit says.

Asked to explain just how that tacit collusion would work, a PCMA spokesman didn’t immediately respond.

The lawsuit said the disclosure rule would allow “drug manufacturers to reverse engineer their competitors’ prices.”

However, reverse engineering of a different kind appears already to be happening.

Rebates generally are offered for patented drugs, meaning they’re all at least somewhat different. But rather than placing them on a formulary based on therapeutic value, the PBM lawsuit concedes the businesses give branded drugs preferred treatment based on the size of the discounts their manufacturers offer.

Drugmakers “pay these price concessions to PBMs, lowering the net price of their drugs, in order to enhance the treatment of their drugs on plan formularies, the tiered list of drugs covered by the plan,” the suit says.

Adam Fein, CEO of the Drug Channels Institute, calls this the gross-to-net bubble. In April, he showed how list prices for six top drugmakers were going up, while net prices — those paid by PBMs — were going down.

And while setting list prices for relatively expensive branded drugs might seem a bit arbitrary, their increase can have bad consequences for regular people. That’s the price against which you usually pay your deductible or coinsurance or what you have to pay when you’re in the Medicare Part D “donut hole,” which you reach more quickly because of list-price inflation.

Lynne Fruth, who runs a chain of pharmacies in Southeastern Ohio, West Virginia and Kentucky, on Tuesday said those costs cause some low-income elderly to just walk away. “Then they just get sicker,” she said.