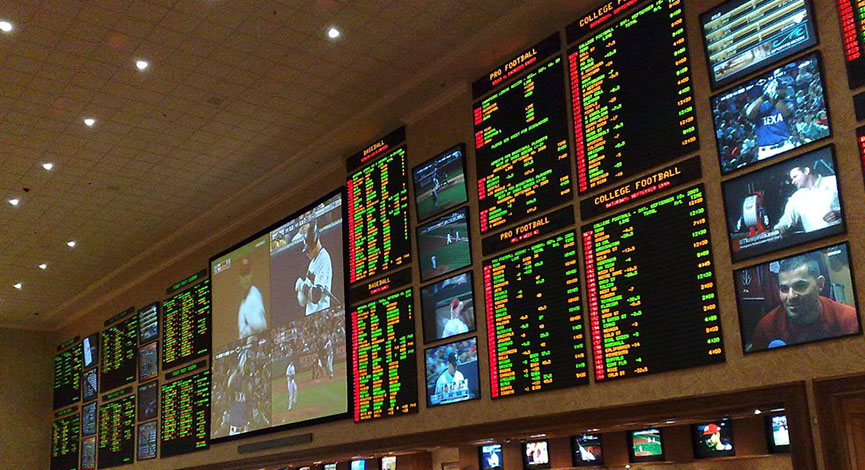 National Director of Stop Predatory Gambling Les Bernal said that the commercialization of sports betting and online gambling would not be in the public interest during a Tuesday press conference, calling commercialized gambling a form of “consumer financial fraud” unlike any other business, including those involving vices like tobacco and alcohol.

“Citizens are conned into thinking that they can win money on games that are designed to get them fleeced … it’s offering the lure that you might get money,” Bernal said. “Inevitably, you lose your money in the end, especially if you keep gambling. Any success only comes at someone else’s expense.”

Senate Bill 176, approved by the Senate in June, would create three separate sportsbook licenses, allowing Ohioans to place bets online, at professional sports arenas and a select few bars and restaurants. Under this plan, sports betting would be overseen by the Ohio Casino Control Commission, and the state would collect a 10% tax on net revenue, with nearly all of the proceeds going to K-12 education and the rest going to problem gambling services.

Bernal said the legalization of commercial sports betting would come at the expense of Ohio’s children because the Senate bill does not include any provisions that would shield kids from local gambling advertising in the way that kids are already protected from tobacco advertising.

The gambling industry spent $154 million on local advertising during the first quarter of 2021, up from a mere $10.7 million at the start of 2019, according to a Neilsen report.

If the bill moves forward in the House, as it is predicted to do in the fall, Bernal said the state legislature has a responsibility to keep children from being targeted by the gaming industry, because exposure to gambling advertising desensitizes young people to the dangers of commercialized gambling, making them more likely to develop gambling problems later in life.

“Those who are targeted today will be the problem gamblers of tomorrow,” he said, quoting a British member of parliament who addressed the toll of gambling advertising on young people in the United Kingdom.

Bernal called the bill’s plan to fund K-12 education a “budget gimmick,” because sports betting would be regulated by the OCCC and not the Ohio Lottery Commission, which must use the lottery profits to support local education.

But though Bernal wants the legislature to reject the sports betting bill, Tom Roberts, president of the Ohio Conference of the NAACP and former state legislator, said he would support the Senate’s plan if it were changed to make the OLC responsible for regulating sports betting.

If passed as it currently stands, Roberts said he thinks the money that will be pulled in by sports betting will reduce the amount of money going into the state’s lottery.

“Good public schools can pull children out of poverty, stabilize neighborhoods and help reverse Ohio’s economic decline,’’ Roberts said. “We have one chance to do this right and the Senate-passed bill would be a disaster.’’

Bernal said the bill would also further harm low and lower-middle income families, especially Black and Brown families, because the tax dollars that come in from gambling offset write-offs casinos receive from the state.

The combined financial loss of Ohioans personal wealth to the state’s lottery, existing regional casinos and video gambling machines is already $3 billion per year, he said.

Ohio is one of just a few states that allows casinos to write off unlimited promotional play, often called free play, meaning casinos can write off the cost of promotions like receiving $1000 in free bets to encourage further betting.

Since 2019, casinos in Pennsylvania, Colorado, Michigan, and Virginia have written off over $336 million in free play bets from their taxes, Bloomberg reported.

“You’re redistributing your tax liability along racial lines, because low-income folks, which are disproportionately black and brown folks, are losing more money per capita to state-sanctioned gambling,” he said.

With the Senate bill expected to be heard by the House in the fall, Roberts said they plan on advocating against the bill as it is currently written.