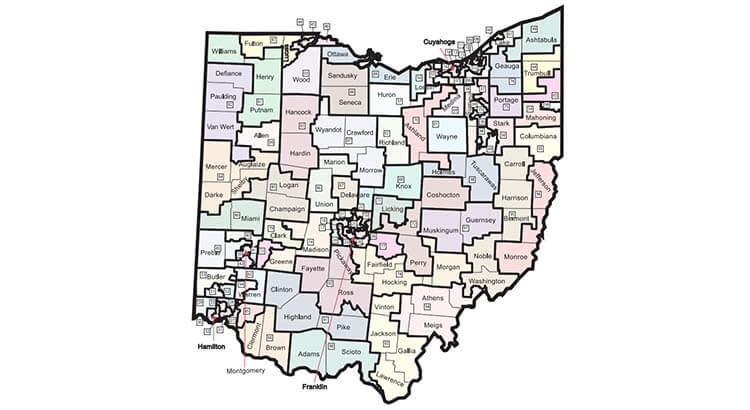 Mindy Nagel’s congressman changes depending on the side of her house in which she’s sitting.

The border Nagel sits on is in between Cincinnati and North College Hill in Hamilton County. 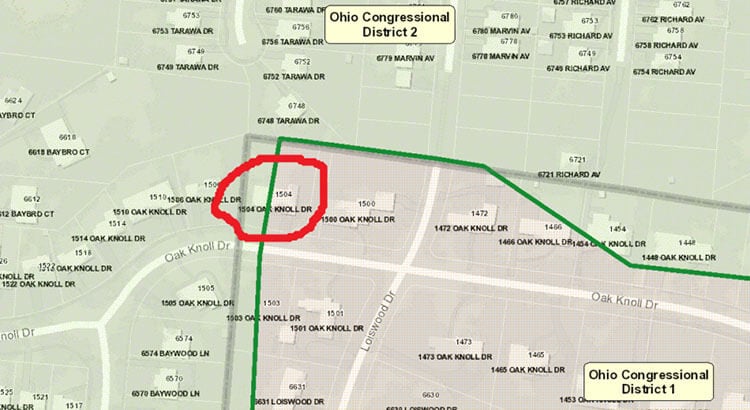 Because of how district maps were drawn during the last bout of redistricting, the west half of her house is in Ohio’s second district, Brad Wenstrup’s district. The east half is in Steve Chabot’s area, the 1st district.

“When they drew the boundary, they screwed it up,” Nagel told the OCJ.

Back in 2012, this caused Nagel trouble when she researched candidates, intending to go to the polls as an informed voter. She studied up on District 2 candidates and issues, only to be informed that she would be voting in District 1, according to information logged by the Hamilton County Board of Elections.

“I talked to the board of elections, and their only response was ‘according to our system, you’ve always been in District 1,” Nagel said.

As the redistricting process begins again with public hearings set for this week, Nagel hopes the stories of split communities help mapmakers and legislators think better about the communities they split up, she says for partisan reasons.

“In an ideal world, I would love to see Hamilton County in a district together,” she said. “We really need to have these districts be based on common lifestyles, common interests.”

Farther north in Dublin, members of the Noor Islamic Cultural Center are feeling the same confusion, and even neglect from their representatives, because not only do they feel their community isn’t listened to, the center is in a district separate from where most of its members live, in Hilliard.

“There are issues that affect many of our community members who come to the center but don’t live in the district,” said Nazek Hapasha, a member of the center.

Being a part of the Islamic center, and as policy affairs manager at the League of Women of Ohio, Hapasha has experience in civic engagement work, and talks to the children and high schoolers at the center about the importance of community and community service.

About half of the center’s member are immigrants and new American citizens, Hapasha said, but she doesn’t see their issues as important to their representatives. Hapasha said civic engagement will be important to get the Muslim community their say in state issues.

“Legislators are not going to care about our opinion unless we show up,” Hapasha said. “Put your mask on, get vaccinated and show up.”

Tala Dahbour, policy director for the Ohio chapter of the Council on American-Islamic Relations, said Muslim communities across the state rally around issues that matter for their communities, but a lack of representation in their districts lead them to feel unheard.

“You get a sense of kind of this overall feeling of defeat when we’re mobilizing around issues that are important to the Muslim community,” Dahbour said. “Community members feel like their efforst are kind of all in vain if the districts are drawn in a way that doesn’t fairly represent them.”

Ohioans will get their own chance to draw maps they think are better representative of their communities, as the Fair Districts Ohio coalition opens a map drawing competition. The organization is providing links to mapping software and tutorials to learn how to draw maps, and offering cash prizes to the most representative maps.

Ohio residents will be able to draw their own maps and provide a narrative as to why they made the district choices they made.