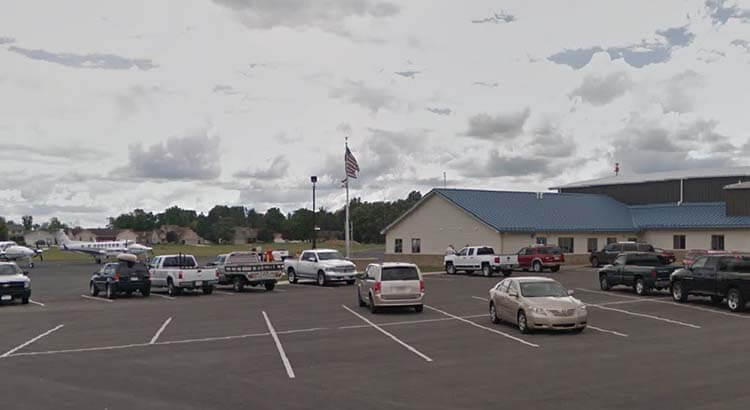 Tiffin, Ohio — The Seneca County Board of Commissioners learned Thursday morning that the Seneca County Airport was rewarded as much as $1,230,416 in grant funding for the airport drainage/erosion control taxiway rehabilitation project.

The grant, which is funded by the Federal Aviation Administration, rehabilitates 3,682 feet of the existing taxiway to maintain the structural integrity of the pavement. It also includes the installation of 16,000 feet of edge drains to protect Runway 6/24 and the parallel taxiway pavements from deterioration to meet FAA design standards.

The announcement of the grant, which came from U.S. Senator Sherrod Browns’ office, increases the federal share of the grant to 100 percent. Initially, the county and state each would have covered five percent of the project cost.

Earlier this month, the county also received notice that the airport was awarded a $32,000 grant for costs related to operations, personnel, cleaning, sanitation, janitorial services, debt service payments and combating the spread of pathogens at the airport.

The grant would help to fund stability and tuckpointing work at the museum’s carriage house. The  museum is to apply for 60 percent of the project cost, not to exceed $20,000. Watkins said the Seneca  County Barnes-Deinzer Museum Foundation would assist with the remaining costs.

Commissioner Anthony Paradiso complimented Sullivan for her work at the museum, adding that he had  received a nice note from a county resident with positive feedback. The museum is open from noon-5  p.m. Wednesday-Saturday.

Near the end of the meeting, Commissioner Tyler Shuff read a proclamation honoring Paul Shoemaker  for the contributions he has made to the Tiffin Youth Football League.

The proclamation, which was signed by all three commissioners, officially makes the final weekend in  August each year “Paul Shoemaker Tiffin Youth Football Weekend.”

This weekend was chosen because it is the kickoff to the league’s regular season.

The proclamation states that Shoemaker gave more than 30 years to the league, serving as a coach and as  the commissioner.

“Shoemaker made a difference in the lives of thousands of young players, giving them the opportunity to  play a great sport while also teaching them lessons in life. Shoemaker’s efforts have not only helped  launch the career of many successful football players, but have also helped players become successful  adults,” the proclamation reads.

Paradiso also read a proclamation recognizing September as Prostate Cancer Awareness Month. Also during the meeting, the board received two bids for the CROSSWAEH improvements project. The  project has seven alternates. The bids were from Telamon (base bid of $156,499), of Sandusky; and  Midwest Contracting (base bid of$139,800), of Holland.

CROSSWAEH officials are expected to review the bids before deciding on if they should move forward.  This is the third time the project has been bid.