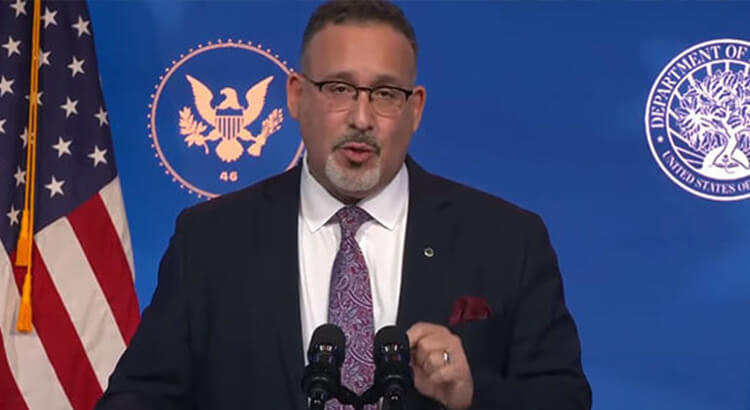 With Ohioans carrying millions of dollars in student loan debt, it may come as a relief to many that the U.S. Department of Education announced a “final” extension on pausing student loan repayment.

The federal agency said the extension will last until Jan. 31, 2022, which President Joe Biden’s administration said is a “definitive end date” to allow those with student debt to prepare to start paying again after that date.

The pause came as the coronavirus pandemic caused job losses and an economic slowdown throughout the country. The student loan payment system was supposed to start collecting again at the end of September, according to the previous extension guidelines.

“The payment pause has been a lifeline that allowed millions of Americans to focus on their families, health and finances instead of student loans during the national emergency,” said U.S. Secretary of Education Miguel Cardona in a statement.

In Ohio, accounts earlier this year showed a total of $745.8 million in loans — federal and non-federal — that had been taken out by public university students. The Ohio Department of Higher Education says average tuition and mandatory fees at the state’s university main campuses for fiscal year 2021 is $10,076 per year.

According to Forbes, the overall student debt in the country was $1.56 trillion in 2020. Disparities are present in the student debt numbers as well. According to a 2021 report by the American Association of University Women, women hold an average of $31,276 in student debt, and because of wage disparities, women take “about two years longer than men to repay student loans,” according to the AAUW study.

The federal extension includes not only continues a suspension in loan payments, but also a stoppage on accrued interest and collections for defaulted loans.

Student debt has been a hot button issue in the state and nationally as loan forgiveness became a key talking point during the 2020 presidential election. Biden maintained his insistence that he wouldn’t be forgiving student loans all together, as some of his fellow presidential candidates had said they would.

A student loan debt advisory group convened in 2017 said the state’s debt certification process, which goes through the state Attorney General’s office, was inefficient because it relied on “varying policies and practices” by the state’s colleges and universities.