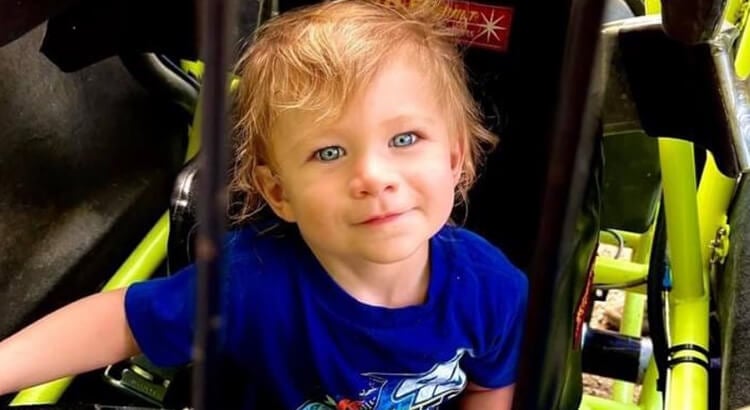 Tiffin, Ohio — The Seneca County community is rallying for a family who tragically lost their 18-month-old son after he was run over in Flat Rock, Thompson Township on Tuesday.

An online GoFundMe fundraiser has been started to help the Alvarez family cover funeral expenses as well as anything to help them during this difficult time.

“Haley & Tony Alvarez tragically lost their 18 month old son, Tanner. We are all absolutely devastated,” the GoFundMe reads. “Tanner was the sweetest little boy you could have ever met. He was into anything that went fast. Tanner loved to spend time at the race track with friends & family. This sweet boy had the bluest eyes, biggest smile, & loved his mommy & daddy more than anything.”

The GoFundMe has raised close to half of its $10,000 goal as of 10 a.m. Wednesday. You can view the fundraiser page here.

At approximately noon on Tuesday, the Seneca County Sheriff’s Office received a 911 call about a small child that was accidentally run over in a driveway of the 7000 block of Main St. in Flat Rock, Thompson Township.

There was a deputy just outside of Flat Rock who responded and arrived within two minutes of the 911 call.

When the deputy arrived, the child had already passed away, and no lifesaving measures were able to be taken, according to the sheriff’s office.

An investigation is ongoing, but all preliminary signs point to a “very, very tragic accident,” according to the sheriff’s office.

“Our thoughts and prayers from this office is with the family & friends at this time and also to the deputies that responded, the dispatchers taking the call and the medical personnel that responded to the scene,” Sheriff Fred Stevens said.