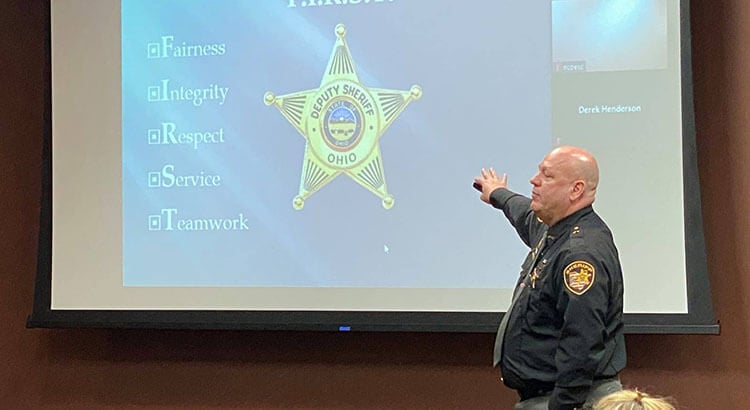 Tiffin, Ohio — The Seneca County Board of Commissioners approved some financial requests from Seneca County Sheriff Fred Stevens Thursday morning, while also deferring a decision on several others until more information is gathered.

The requests come on the heels of a June decision by the board to increase the sheriff’s office budget by more than $210,000. Those increases included the hiring of five corrections officers and a Registered Nurse for the Seneca County Jail.

Sheriff’s Office officials believe the upgrade in staffing could lead to revenue increases at the jail via the Immigration and Customs Enforcement Program and through housing inmates from other counties.

Stevens said Thursday there has been a recent uptick in this trend, however, with July’s revenue hitting nearly $80,000.

Traditionally, jail revenue is one of the six highest General Fund revenue sources. The Seneca County Budget Commission certified a projection of $750,000 in revenue for the jail for 2021, making it the fourth-highest projected revenue source.

In April, the board also approved $135,000 in increases for the sheriff’s office to purchase and equip four new vehicles.

On Thursday, the board granted $21,000 of the requests for uniforms, training and travel.

Board President Mike Kerschner said he wants to be cautious with further budget increases because there is “fiscal fatigue” from requests from departments across the county. He said he was taking a higher-level view of the issue, pointing out that without major revenue increases to the General Fund, these increases in the sheriff’s budget would have to coincide with significant decreases in other areas of the budget. At this time, the Seneca County Budget Commission has not certified a revenue figure for 2022, of which the commissioners typically budget against.

In other action, the commissioners reminded citizens of Thursday’s Seneca County EMS meeting with stakeholders from across the county.

That meeting is to begin at 7 p.m. at the North Central Ohio Educational Service Center, 928 W. Market St. Those not attending in person may watch on the Seneca County Commissioners Facebook page, or with the following Zoom info.

In other business, the board agreed to sign a statewide opioid settlement proposal which could lead to local funding. Funds would be restricted so they can only be used to help in the battle against opioids.

During Thursday morning’s regular session, the board approved: