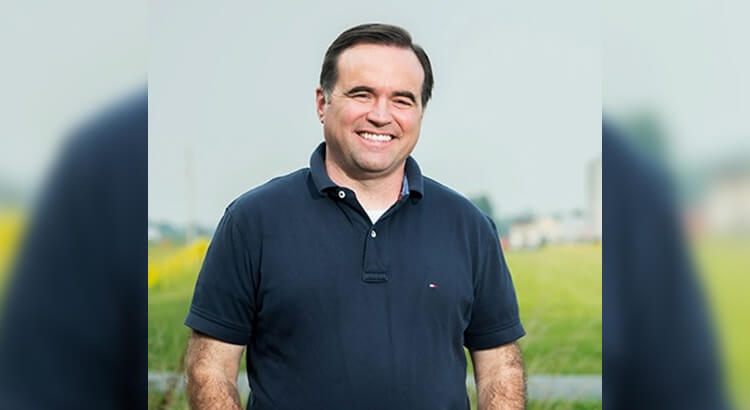 Cincinnati Mayor John Cranley’s announcement Tuesday he will seek election as Ohio governor in 2022 tees up a Democratic primary next spring between Cranley and Dayton Mayor Nan Whaley, the chief administrators of Ohio’s third and sixth largest cities, respectively.

“Ohio desperately needs a comeback,” Cranley said in an interview with OCJ before laying out his plans to create at least 30,000 jobs a year that pay $60,000 or more by investing in infrastructure such as broadband internet, roads and bridges, clean energy, lead pipe replacement and advanced manufacturing. These investments, he said, would be paid for in part by legalizing cannabis for recreational use and in part by by reallocating funds from Ohio’s privatized department of development, JobsOhio. Cranley is also promising a $500/per family/per year “energy dividend” from natural gas energy profits.

While Cranley and Whaley vie for the Democratic nod, on the Republican side, incumbent Gov. Mike DeWine has said he plans to run for reelection. DeWine is facing primary challenges from former Ohio U.S. Rep. Jim Renacci, of Wadsworth, and farmer Joe Blystone, of Canal Winchester.

The Queen City’s 69th mayor, Cranley, 47, of Hyde Park, grew up in its Price Hill neighborhood and attended St. William Elementary School and St. Xavier High School. He earned degrees from John Carroll University, Harvard Law School and Harvard Divinity School. He was first elected to Cincinnati City Council in 2000 and served until 2009.

“Ohio just lost another congressional seat (due to the latest U.S. Census),” Cranley said. “We used to have the biggest middle class in America. We used to make more money than the average American; now the average Ohioan makes 87 cents on the dollar (compared to the American average). The Republicans have been in charge for 30 years, and their policies have failed.”

If elected, Cranley will face a state legislature that has been openly hostile toward sitting Republican Gov. DeWine throughout the coronavirus pandemic on issues ranging from business curfews and social distancing to public mask requirements and vaccination efforts. It overrode the governor’s veto of legislation that has now revoked local public health departments’ authority to issue mandates and quarantines.

Cranley emphasized the role of vaccination in preventing Ohioans from getting COVID-19 as well as protecting people from severe infections if they do contract the disease, and encouraged folks to get vaccinated. He pointed to efforts in Cincinnati working with Black churches to get people vaccinated by turning the churches into vaccination sites. He said DeWine could have been “more surgical and strategic” in his handling of the pandemic in Ohio’s nursing homes and congregate care facilities.

“I believe that local organizations — whether it’s local government or a private business — should have the right to determine what the requirements are of the institution,” he said. “Republicans are very much attacking freedom of association and organizations’ ability to do what’s in their best interests. So I would protect the freedom of individual schools and businesses to do what they believe is in their best interest.”

Regarding the House Bill 6/FirstEnergy racketeering and bribery scandal, Cranley said that Ohio needs to stop robbing the middle class and start building the middle class, and pointed to DeWine’s signing of House Bill 6 legislation at the heart of the scandal Cranley called the “most corrupt bill in the history of the state.”

“It raised people’s monthly energy bills to bail out a coal plant in Indiana. It’s no wonder the middle class is shrinking, because they’re taking money out of our pockets to pay off the special interests in exchange for bribes,” he said.

While the portion of House Bill 6 that gave FirstEnergy and a successor company a $1.3 billion ratepayer-funded bailout has been repealed since the scandal broke, Ohioans are still on the hook for the coal subsidy portion of the law.

Cranley said aside from the per-family energy dividends, he intends to invest in advanced manufacturing that will help create middle class jobs in Ohio in areas such as electric vehicle production. He also said thousands of jobs would come from replacing roads and bridges, advancing clean water across the state, and investing in clean energy.

To pay for his plans, using Michigan’s tax structure for recreational cannabis, Cranley said he calculates Ohio could generate a minimum of $350 million annually through legalization and up to $500 million per year. Another $150 million of his investments would be funded by repositioning $150 million from JobsOhio’s $330 million/year budget into advanced manufacturing initiatives, he said, again pointing to Michigan as his model.

Asked how he would work with an antagonistic legislature to achieve his goals, Cranley claimed his ideas enjoy popular support, so if the legislature doesn’t act, he said he will take his proposals directly to the people.