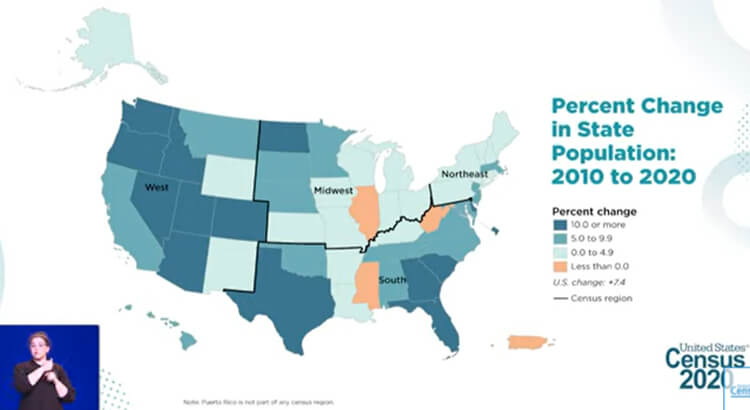 The United States Census Bureau released its data from the 2020 census today, getting the ball rolling for redistricting in Ohio and across the country.

The country is more diverse, according to the Nicholas Jones, director and senior advisor of race and ethnic research and outreach for the population division of the Census Bureau. Census analysts, however, are still looking at the data to determine whether or not the larger bump in diverse populations has anything to do with previous undercounts of demographic populations.

Ron Jarmin, acting director of the U.S. Census Bureau, said it was “too early to speculate on overcounts or undercounts in any demographic group,” but that he trusted the data’s accuracy.

“I am hopeful that this data will also be made available soon to the public in an accessible format so Ohioans can submit maps of their own,” Sykes said in a statement Thursday.