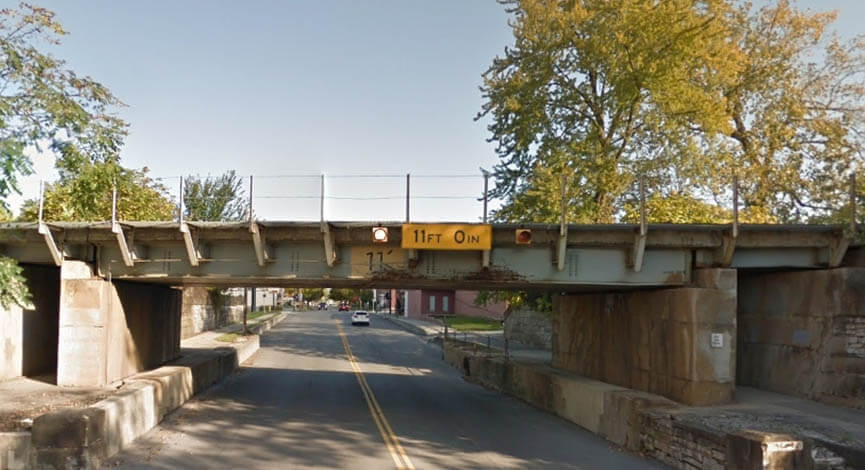 The Tiffin Police Department was dispatched at 11:37 a.m. after it was reported that a semi-truck had become stuck underneath the viaduct.

John’s Towing was called in to remove the truck, and CSX was notified of the incident.

The driver of the semi was cited with failure to obey a traffic control device, according to a police report.

Tiffin Mayor Aaron Montz has previously chimed in on semi-trucks hitting the viaduct, which has become a regular occurrence in the city.

“A series of signs directs semi truck traffic to continue straight on Sandusky Street and not to venture down Washington Street when they are heading south,” Montz said in a Facebook comment thread last year. “If they still fail to see that next set of signs, two large blinking yellow lights flash on the viaduct right next to the final warning sign on the viaduct itself. I think at some point we just have to come to terms that nothing can fix driver inattention.”

Montz said he’s “not even trying” to sound like he’s “being a jerk,” but added that “if you can’t see all these warning signs maybe the folks driving these semis should be looking into other career options.”

“At some point we have to place the blame where it truly lies and that’s with the person behind the wheel,” Montz said.