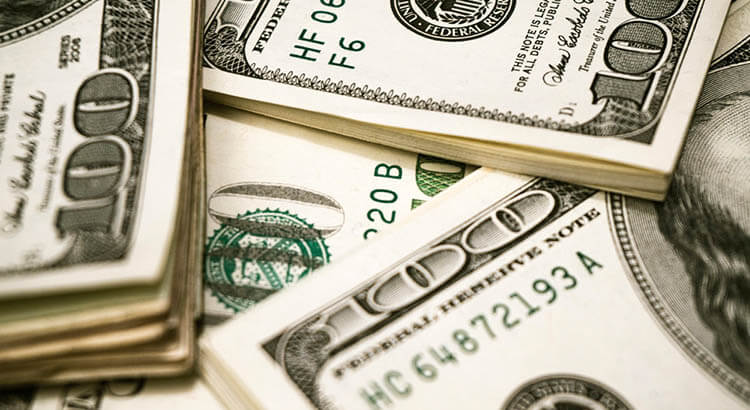 It’s going to take more than a bribery scandal on a historic scale to get energy money out of Ohio politics.

Even among companies who benefitted from or are facing scrutiny related to House Bill 6 — whose passage yielded the ouster, indictment and looming trial of the former speaker of the Ohio House; three related pleas of guilt from lobbyists and a dark money nonprofit for racketeering; and an arrangement with prosecutors akin to a guilty plea from FirstEnergy Corp. — the donations continue to flow.

For instance, HB 6 provided a ratepayer funded bailout for two coal plants in Ohio and Indiana, owned by a cooperative called the Ohio Valley Electric Corp.

Equity of those plants is split between utilities American Electric Power (43%), Buckeye Power (18%), Duke Energy (9%), Dayton Power & Light Company (4.9%) and others. The legislation tacked a monthly fee on all residential and industrial ratepayers to prop up the failing coal plants — a bailout worth $114 million in 2020 alone and an estimated $700 million to their owners through 2030.

The company has not been charged with any crime related to HB 6. However, it announced earlier this year it received a related subpoena from the U.S. Securities and Exchange Commission. AEP was the sole funder of a nonprofit which donated $700,000 to Generation Now, according to tax records and statements from the company. Generation Now pleaded guilty to its role in the conspiracy and agreed to forfeit $1.5 million to the government.

FirstEnergy — which admitted to federal prosecutors last week that it gave $61 million to Generation Now, which was secretly controlled by Householder, and $4.3 million to former PUCO Chairman Sam Randazzo for favorable legal and regulatory treatment — did not report any donations thus far in 2021. Randazzo has not been charged with a crime and maintained his innocence in a statement last week.

Along with the utilities, the natural gas industry pumped big dollars into the General Assembly as candidates look ahead to 2022 elections.

Fossil fuel companies scored two major legislative wins to date in 2021. The utilities that own the OVEC plants, meanwhile, have thus far staved off any vote on legislation to repeal their subsidy.

Around midnight on the last legislative session before summer recess, lawmakers passed Senate Bill 52. The legislation created a new mechanism allowing county commissioners to kill wind and solar projects early in their development. It also allows commissioners to block potential wind or solar projects in all or part of unincorporated areas in the county.

Commissioners have no such power over natural gas plants or pipeline construction, which are regulated by the Ohio Power Siting Board.

Huffman and McColley did not respond to inquiries.

Also this summer, lawmakers passed House Bill 201, which forbids local governments from issuing any law or zoning code that “limits, prohibits or prevents” people and businesses from obtaining natural gas or propane services. Major cities around the U.S. have either enacted or proposed measures to ban or discourage the use of fossil fuels in new homes and buildings, according to The Wall Street Journal. Berkeley, Calif. passed the first gas ban in 2019.

Lawmakers last winter, under pressure from the intensifying Householder scandal, repealed a massive bailout for two nuclear plants formerly owned by a FirstEnergy subsidiary — a key provision of HB 6. They also repealed a separate “decoupling” provision worth millions to the company.

The OVEC subsidies, however, remain on the books.

Legislation pending in the Senate Energy and Public Utilities Committee would repeal the bailouts to the OVEC coal plants. The bill has yet to come up for a committee vote, marking a win for its shareholders who continue to collect on the legislation.

What the companies said

The Ohio Capital Journal contacted companies named in this article to ask why they donated.

Duke Energy spokeswoman Sally Thelen said the company believes it should be active in the political process to shape energy in order to represent its customers, communities and shareholders.

“We continue to reinforce the principle of supporting public officials who support policies that enable our ability to safely deliver reliable, affordable and increasingly clean energy solutions and are an effective voice in important policy decisions,” she said.

“And it’s important to remember that there are others who are just as — if not more — active than us in the political arena, fiercely advocating for their own agendas, which do not always align with the best interests of our company and our stakeholders.”

AEP spokeswoman Tammy Ridout said the company uses its PACs to participate in the political process and engage lawmakers on issues that affect its ability to deliver reliable and affordable energy to customers.

“Participation in the political process ensures our voice is heard on matters that are important to our customers, our shareholders, our employees and our company,” she said. “The PACs are dedicated to supporting candidates for public office who understand and work toward solutions for issues important to AEP and the energy industry.”

“We strive to educate public officials about our business and the impacts of potential policy decisions,” he said.

Marathon spokesman Jamal Kheiry said the company’s PAC supports lawmakers who support relevant policies that are “committed to the availability of affordable, reliable energy to improve quality of life.”