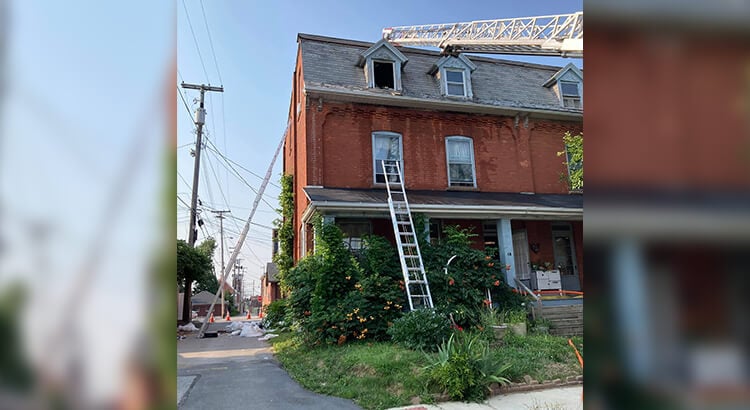 Officers from the Tiffin Police Department were already at the residence attempting to speak with an occupant. After some time, officers reported seeing smoke coming from the third floor of the home and an occupant was able to be taken into custody, according to TFRD.

An officer attempted to extinguish the fire with a fire extinguisher from his cruiser. The officer left to retrieve a second extinguisher but found the flames had spread too much for it to do any good.

Tiffin Fire Rescue arrived at the scene, finding smoke coming from the third floor of the property. Crews quickly advanced to extinguish the bulk of the fire, with salvage and overhaul taking approximately two hours.

The cause of the fire remains under investigation and the police department is investigating to determine if any criminal act had been committed.

TFRD said in a Facebook post: “Other occupants were able to safely exit the property and no injuries were reported. Due to the 90+ degree heat crews from Clinton Fire and Seneca County EMS also assisted. Thanks also to Tiffin Police, Tiffin Public Works, and AEP for their work!”