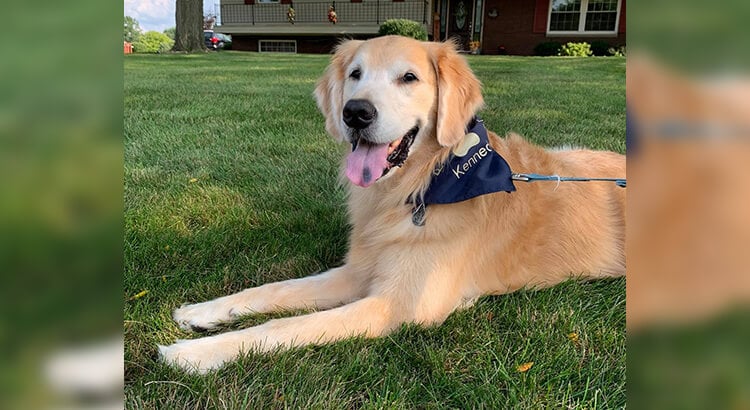 Tiffin, Ohio — Kennedy, the golden retriever who had been the therapy dog for Tiffin City Schools for eight years, passed away Sunday.

The district announced last month that Kennedy had received a “difficult, yet hopeful cancer diagnosis” after a tumor was discovered on his body.

Through fundraisers and donations, Kennedy was able to undergo surgery and have the tumor removed.

Kennedy was taken to MedVet Emergency on Sunday morning, where it was discovered that he had experienced some unexpected complications and died as a result of those.

“This is a shock for all of us; however, every one of us can feel good about everything we did,” the district wrote in a Facebook post announcing the news. “Thank you again to everyone who supported Kennedy on his cancer journey as well as his entire time with us.”

The district is planning to hold a celebration of life for Kennedy, with details to be announced at a later date.