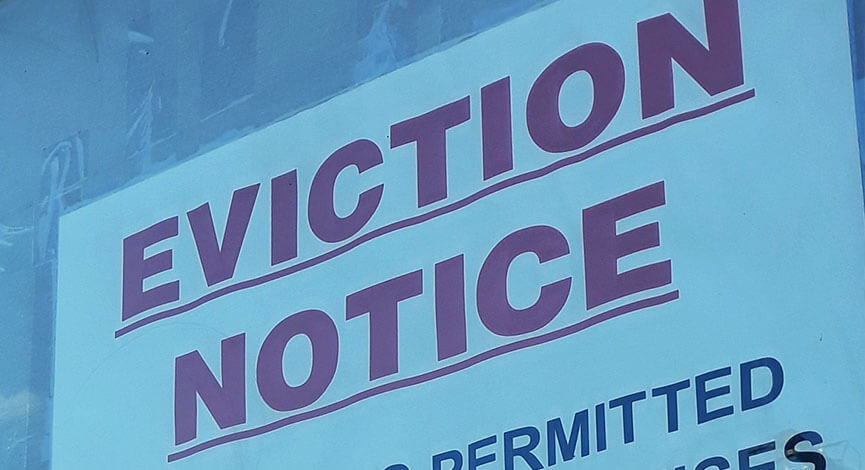 The national moratorium on evictions, as well as rental assistance programs, weren’t enough protection to keep Katrina Chism and her family in their suburban Atlanta home when money got tight.

Chism was laid off twice during the COVID-19 pandemic, and when she fell behind on rent, she faced an initial eviction notice. She was able to catch up on her rent when the Centers for Disease Control and Prevention extended a ban on evictions.

But when her unemployment benefits were delayed, she fell behind again. Chism eventually was forced out of her home by her corporate landlord, HavenBrook Homes, which would not work with her even after she secured emergency rental aid, refusing to renew her lease and pressuring her to leave before it expired, she said.

That meant her family lost their home even though they were never formally evicted.

“I felt expendable, and they showed me that I was,” Chism testified Tuesday during a hearing of the U.S. House Select Subcommittee on the Coronavirus Crisis.

“I was not given any consideration as a long-term tenant with no evictions on my record. I felt as if I had broken the law somehow while we were in the middle of a pandemic. There was no concern for my life, or my son’s life, as they focused on their profit margin.”

Chism shared her experience just days ahead of when the federal moratorium on evictions is set to expire on Saturday.

Housing policy experts have warned that millions of Americans are still struggling to pay their rent, and that the end of that legal protection likely will lead to a surge in eviction filings across the country.

While the pandemic relief bills passed by Congress have included funding for emergency rental assistance, that money has trickled out slowly from state and local governments as those agencies scrambled to administer new programs or bolster ones that had been historically underfunded.

Through the end of June, localities had distributed a little more than $3 billion of that rental aid — or only a fraction of the $46 billion approved by Congress.

Diane Yentel, executive director of the National Low Income Housing Coalition, testified Tuesday that nearly half of all states and more than 100 cities have spent less than 5% of their rental-assistance allocations. Through June, 15 states had spent less than 2% of their funds, she said.

Amid that slow pace, 6.5 million households remain in need of rental assistance, and most are in areas of the country where the COVID-19 infection rate has surged due to the delta variant, Yentel said.

Those struggles have disproportionately affected renters of color, with 25% of Black renters behind on their monthly payments compared to 10% of white renters, she said.

The Biden administration said in announcing the previous extension last month that it would be the last extension of the eviction moratorium.

Republicans said Tuesday they oppose extending that moratorium. Rep. Steve Scalise, (R-La.), argued during the hearing that the eviction moratorium has hurt “mom-and-pop” landlords, who rely on a small number of leases for income.

But Jim Baker, executive director of the Private Equity Stakeholder Project, a nonprofit that has tracked eviction filings across the country, said his organization’s data indicates that corporate landlords have accounted for the vast majority of the filings to begin evictions during the pandemic.

In May, corporate landlords accounted for 74% of eviction filings in DeKalb County, Ga., where Chism lives; 62% in Maricopa County, Ariz.; and 53% of filings in Hillsborough County, Fla., Baker said.