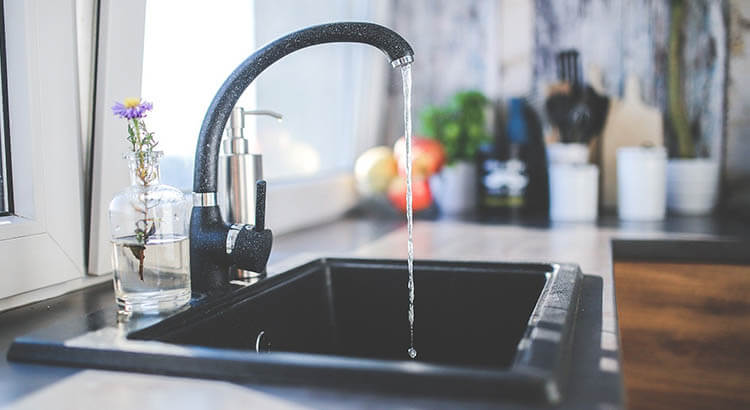 As many as 650,000 lead pipes statewide deliver water to Ohioans, according to a report released last week by the Natural Resources Defense Council.

This makes Ohio the second worst state in the nation as measured by the estimated number of lead pipes (technically known as lead-containing service lines) in the water system, behind only Illinois with 730,000.

“It matters because it’s like drinking your water through a lead straw,” said Erik Olson, a senior strategic director for health at the NRDC, in an interview.

Lead is a neurotoxin, and there is no safe level of exposure. Children and infants are especially vulnerable to lead exposure, which has been linked to damage to the central nervous system, learning disabilities, impaired hearing and impaired formation and function of blood cells.

Acidic water sources corrode the pipes, leaching their lead into the water.

Clinical testing detected at least 3,533 Ohio children with elevated blood levels in 2019, according to state data.

There’s no surefire way to confirm the NRDC’s estimate — Ohio doesn’t have a comprehensive estimate of the number of lead service lines in the system. The NRDC figures come from a 2016 water industry self-survey, that auditors with the U.S. Government Accountability Office believe to be a lowball.

Nationwide, somewhere between 9.7 million to 12.8 million lead pipes are believed to run water to Americans’ homes, according to the report. That’s 6.2 million known lead water pipes, plus 3.5 million to 6.6 million service lines that are of “unknown” material but may be lead.

The Public Utilities Commission of Ohio deferred questions to the Ohio Environmental Protection Agency. OEPA spokeswoman Heidi Griesmer said while the data is “informative,” the agency can’t verify its accuracy.

Griesmer said the agency is collecting lead service line data and requiring utilities to take inventory of all lead pipes “to be submitted to us in upcoming years.” She did not respond when asked for a more specific timeline.

It’s an expensive problem. One pipe is usually 15- to 20-feet, according to Olson, but some even reach 50 feet.

Each pipe costs somewhere between $2,400 and $7,100 to replace, according to Kristy Meyer, associate director of Freshwater Future, which advocates for clean water. Unless a utility keeps meticulous records on pipe installation, these estimates don’t factor in their costs of digging down to determine whether a service line contains lead.

Freshwater Future requested in a letter to lawmakers that they take $1 billion of the American Rescue Plan of 2021, which allocated more than $5 billion to Ohio, and use it for lead service line replacement.

“That is a very good start, we’re certainly happy to see the state take an interest,” said Tim Johnson, a policy advocate with the Ohio Poverty Law Center.

Meyer said the issue needs more urgency — lead poisoning is irreversible, and people can’t make informed decisions if they don’t know whether they get water through lead carriers.

“We need to do more quicker,” she said. “People are drinking, even if it’s a small amount of lead in their water, they need to know about these things.”

Larger scale assistance could come from the federal level.

The U.S. Environmental Protection Agency, now under President Joe Biden, is working to reverse a Donald Trump-era weakening of the agency’s 1991 lead and copper rule. The Trump rule reduced the percentage of lead pipes that water systems are required to replace annually from 7% to 3%, according to Bloomberg Law. The new rule is set to take effect in December, and the EPA is gathering public comment in the meantime.

Olson said the lead pipes issue underscores the urgency of congressional deliberations of a massive infrastructure package in the works, and how it crosses over to public health.

The plan contains a $45 billion investment toward the issue.

There may be sticker shock on the dollar figures, but Meyer said you have to consider the big picture. Studies have linked lead exposure to learning disabilities and overrepresentation in the criminal justice system. The state of Michigan last year agreed to a $600 million settlement with the city of Flint, where thousands of adults and children were poisoned by lead-tainted water.

“When a child is impacted by lead, it’s not like it just goes away,” she said.