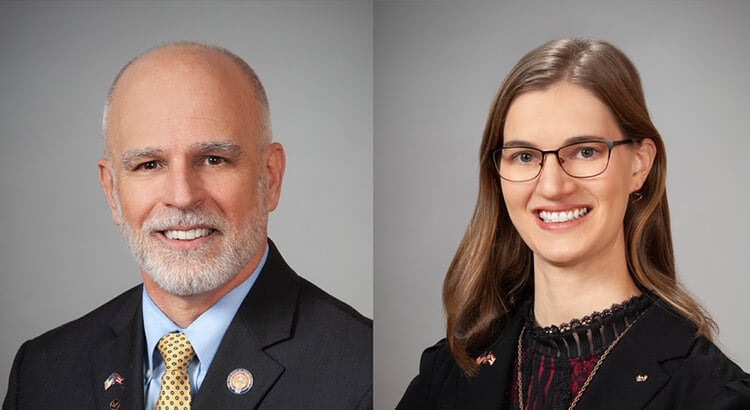 Ohio lawmakers are once again proposing that patients be made aware of a controversial and unproven “abortion reversal” method.

State Reps. Kyle Koehler, R-Springfield, and Sarah Fowler Arthur, R-Ashtabula, are the main sponsors of a bill they are calling the “Abortion Pill Reversal Information Act.” Two-dozen Republicans in the Ohio House of Representatives have signed on as cosponsors.

“This bill does not require women to reverse their abortions,” Koehler said in a provided statement released alongside the Ohio Right to Life group. “Instead, this legislation provides scientific and proven medical information to mothers in crisis.”

House Bill 378 involves the medication abortion drug mifepristone, which is used in conjunction with a drug called misoprostol, to end pregnancy. Physicians would be required to tell patients about a method that anti-abortion advocates say would “reverse” the abortion.

But the method has not been proven effective and has been criticized by medical professionals. A study on the “reversal” method was suspended in 2019 after women had to be hospitalized for severe vaginal bleeding. Ohio Right to Life’s executive director Stephanie Ranade Krider, serving as vice president at the time, called the study “at best morally questionable and worst, coercive of these women who no doubt needed support when facing an unplanned pregnancy.”

Advocates like Jen Moore Conrow, executive director for the Cleveland nonprofit abortion clinic Preterm, say the method is “untested, unproven and potentially unsafe,” and so is intervening on conversations between a doctor and a patient.

“Any law that dictates what physicians must say to patients really interferes with the doctor-patient relationship, particularly if physicians are forced to give false information,” Moore Conrow told the Ohio Capital Journal.

A bill with similar aims was approved by the Ohio Senate in 2019, but never made it out of a House committee.

Similar bills have been introduced or passed in several other states, with limited success. A federal judge blocked North Dakota’s law in 2019, and Arizona repealed its “abortion reversal” law in 2015 after the state failed to provide experts to defend the law in court.

The American College of Obstetricians and Gynecologists also spoke out against legislator-prescribed medical advice.

“Claims regarding abortion ‘reversal’ treatment are not based on science and do not meet clinical standards,” ACOG stated on the method.

Abortion is legal in Ohio up to 20 weeks gestation.

The Ohio General Assembly is currently on break for the summer, so consideration of the bill will not take place until the fall. There is a separate abortion-regulation effort in the Senate, in which Republican sponsors are seeking to criminalize physician inaction during “botched” abortions — or abortions in which a baby is born alive, something that is statistically rare.