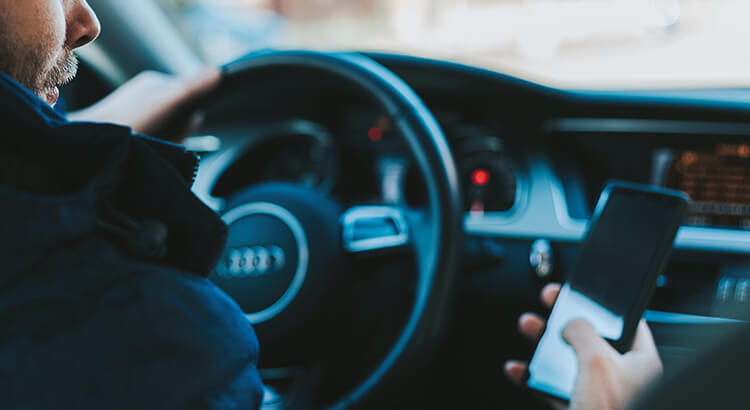 Ohio is on pace for another high year for traffic fatalities in 2021, though the state is seeing some improvement in the number of crashes caused by distracted driving.

State lawmakers are considering a number of traffic safety improvements meant to cut down on the number of crashes and deaths on Ohio roadways. Among them is a proposed law to crack down on distracted driving by prohibiting cell phone use while at the wheel.

Ohio averaged around 1,125 traffic fatalities in the four years leading up to the pandemic year of 2020, according to data from the State Highway Patrol. The early part of last year saw relatively few crash deaths, owing to most Ohioans working and staying at home.

But the latter half of 2020 was especially deadly, including the summer months that saw 139 deaths in July and 136 more in August.

In total, there were 1,229 crash deaths recorded in Ohio, the most seen in years.

This year is on pace to nearly match that amount.

There have been improvements made in the number of certain types of crashes, for example those involving excessive speed and alcohol. The number of distracted driving crashes is also trending slightly downward following a number of public awareness campaigns, though there were still more than 11,000 such crashes reported in 2020.

Trending upward are the number of crashes in which the vehicle occupants were not wearing seatbelts, which can lead to more fatalities.

House Bill 283 from GOP State Reps. Cindy Abrams of Harrison and Brian Lampton of Beavercreek would outlaw using electronic devices while driving — even holding a cell phone while driving could lead to a ticket.

Under the bill, Ohio drivers would be restricted to using only hands-free technology with exceptions given for those calling emergency services and “single swipe” actions such as answering a phone call.

House Democrats are promoting a similar bill from Rep. Mary Lightbody, D-Westerville, which too would prohibit cell phone use while driving.

The Ohio House of Representatives saw bipartisan support for another bill to improve safety standards for animal-drawn buggies. House Bill 30, which needs approval from the Ohio Senate to head to the governor’s desk, would require buggies be equipped with flashing lights and other display elements to improve visibility.

It is possible more traffic safety legislation is forthcoming. There was bipartisan House support last term for a bill to install rumble strips on two-lane highways, but the bill died in the state senate.