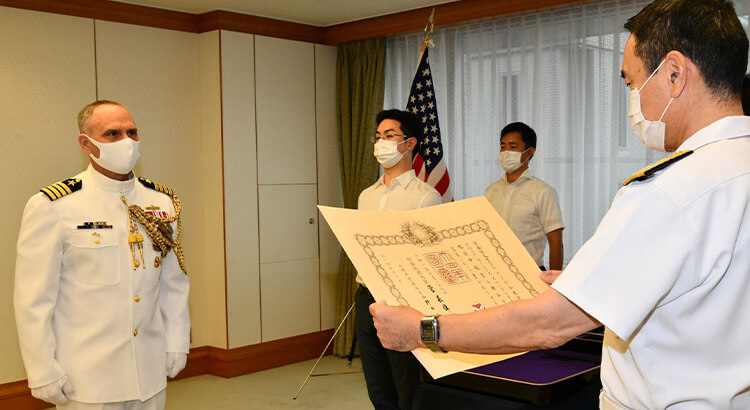 Nagasaki, Japan — An Attica, Ohio native has received a prestigious award on behalf of the Emperor of Japan for his contributions to U.S.-Japan relations.

Captain Brad Stallings, Chief of Staff for U.S. Naval Forces Japan, received the Order of the Rising Sun medal for his service.

The Order of the Rising Sun is the third highest order bestowed by the Japanese government, but it is generally considered the highest ordinarily conferred order.

Stallings, who previously served as Commander for Fleet Activities Sasebo, was also selected to carry the Olympic torch as it made its way through the Nagasaki prefecture. 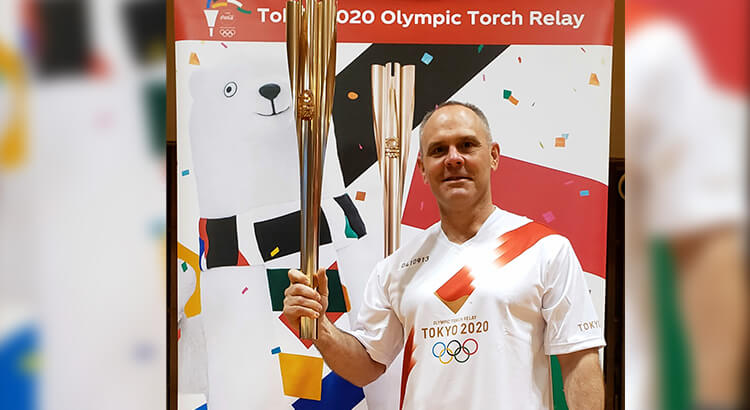 “This was a once in a lifetime opportunity,” Stallings said in an interview with Japanese broadcasting company NHK.

“I felt a lot of pride,” he told NHK. “It was overwhelming and one of the most positive experiences I have ever had.”