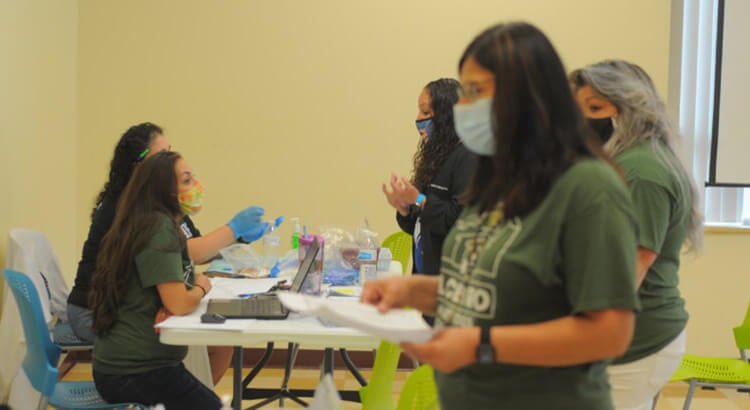 Her three adult-aged children in the Dominican Republic haven’t yet had the chance — there are too few doses for too many people to go around.

In the United States and Ohio in particular, the inverse is true: There’s an abundance of vaccines and a shortfall of people willing to receive them.

“Wanda,” 38, who requested her real first and last name not be used, said through a translator her coworkers believe numerous falsehoods about the vaccines.

“A lot of them are afraid, some of them think they’ll die, they’ll get sick, they think they’ll become zombies,” she described. “They say it’s like a magnet, that pulls.”

Pablo Velasquez, 54, who moved to the U.S. from Columbia when he was 18, said he hears rumors from the Latino community — rumors like COVID-19 vaccines containing aborted fetal cells (they don’t).

“They say they’re going to put a microchip in your arm; I say that’s not true,” he said in an interview. “That’s what I say with all my friends. I try to tell them, no, no, no, it’s something that we need, it’s going to be safe. It’s going to be good for everybody. And we need to come out of this.”

Wanda and Velasquez spoke at a recent Saturday afternoon vaccination clinic hosted by El Centro, a social services center serving Latino residents in Lorain County. Hispanic and Latino people comprise about 10% of the county, compared to about 4% of the state at large.

That a clinic formed on a Saturday afternoon is no coincidence. A large chunk of El Centro’s clients work in restaurants, hospitality and agriculture. The hours of most vaccine offerings clash with their schedules, according to Nelly Dávila, a translator at the clinic.

After weeks of planning, blasting the word out at public events, sending out reminders, distributing accurate information in multiple languages, helping with transport and more, about 50 people came through El Centro’s doors June 19 for a vaccine.

Dávila and staff at El Centro are laser-focused on removing all barriers to vaccination for clients. No ride? They’ll pick you up. Don’t speak English? Staff members are bilingual. Can’t use the internet to schedule an appointment? Staff are trained to schedule via phone. 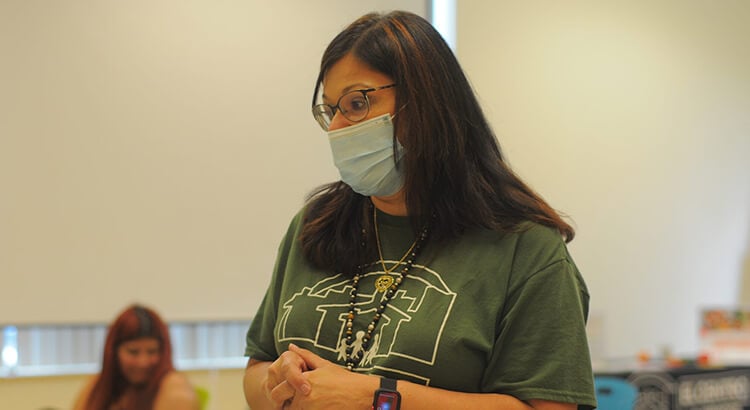 But short of putting out accurate information in Spanish, there’s only so much you can do against a deluge of shapeshifting misinformation that runs through social media.

It can get dangerous. During the pandemic, some clients asked El Centro staff about a COVID-19 home remedy they saw on social media — Dávila said home remedies are popular in the community. For $100, users could buy an elixir, put a few drops of it into a cup of water and drink multiple times daily.

“It was basically cleaning agents,” Dávila said, after El Centro paid to test the components of the product.

She and Adams scrambled to debunk the remedy before anyone consumed any cleaning products, which can be lethal to humans.

Adams, in an interview, was mixed on the role misinformation has played in the national vaccine slowdown. On the one hand, he encounters fewer people these days coming into clinics to ask about the “hardcore” misinformation stuff. But people still hear testimonies, usually a healthy mix of untrue and unproven, that vaccines affect one’s fertility or mess with women’s menstrual cycles.

On the other hand, while the misinformation itself is a problem, he said, maybe the bigger problem is a body public that chooses to trust an obscure website or social media post over a pro-vaccination consensus among public health agencies, medical researchers and academics.

“We have to combat the bad information piece that’s for sure, but I also want to combat why they went to that piece of information in the first place,” he said. “I can’t get it taken off the internet. How do I get them not to look at it?”

COVID-19 vaccine hesitancy, and its close relationship with misinformation, is hardly just isolated to Latino communities.

An analysis of data from the Ohio Department of Health shows the vaccination rate in Ohio has nosedived. Fewer than 5,000 Ohioans are getting vaccinated daily as of Friday, compared to the roughly 70,000 daily in early April.

Fewer than 48% of Ohioans are vaccinated, ranking Ohio the 18th worst-performing state in the nation, miles behind Vermont (74%) or Massachusetts (71%) but better than Mississippi (36%) or Louisiana (39%), according to state-by-state analysis from The New York Times.

Unvaccinated Americans comprise about one-third of the U.S. adult population, according to research from the Kaiser Family Foundation. They trend younger, are more likely to identify as Republican and tend to be lower educated and earn lower incomes than the vaccinated population.

Wanda, shortly after receiving her second dose of Moderna, said if someone were giving away free vaccinations where her sons live in Dominican Republic, you wouldn’t be able to fit the willing recipients in the building.

Back home, she said, there’s no work, hunger is pervasive and COVID-19 is thriving.

“Over there, they want to get vaccinated. There’s just less services there. They don’t have the advantages they have here,” she said. “Many of them haven’t gotten vaccinated because they haven’t been able to. Here, they’ll even go to your house to get a vaccine. There, it’s a battle.”

For Dávila and Adams, it’s all about removing any barrier that might get in the way of vaccination. They’ve offered shots at barbershops, Catholic churches, the fairgrounds, and others.

At a certain point, their theory goes, overwhelming convenience and good information will overpower the morass of bunk information. It’s harder to say no to a convenient dose than one requiring scheduling, time off, and other legwork.

But at a certain point, they know someone else’s vaccination isn’t their decision to make.

“It’s a matter of personal choice. It’s a medical decision, so you have to honor and respect their wishes,” Dávila said. “But you hate for them not to get it because of information that’s inaccurate.”

Note: Nelly Dávila translated an interview with Wanda for this report.