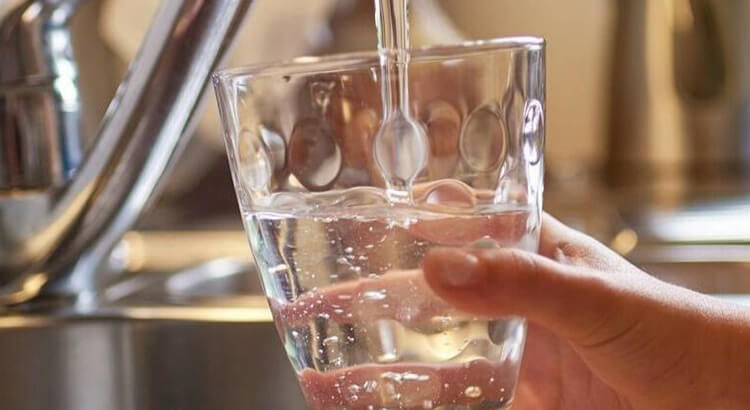 Local water utilities worried about getting hit with lawsuits and high cleanup costs are stepping up their lobbying of Congress as lawmakers move to regulate toxic chemicals found in drinking water.

The bill, the PFAS Action Act of 2021, has garnered bipartisan support and two Michigan lawmakers, Reps. Debbie Dingell, a Democrat, and Fred Upton, a Republican, are expected to bring the measure to the House floor for passage later this week.

The legislation would direct EPA to regulate two of the most studied types of per- and polyfluoroalkyl substances, or PFAS, in drinking water. It would also designate those two chemicals as hazardous substances, which would kick-start federal cleanup standards.

But water utilities representing local governments are also amping up their lobbying on the regulation of the “forever chemicals,” which are linked to multiple health problems such as high cholesterol, thyroid disease, and testicular and kidney cancer.

“The water utilities are not responsible for PFAS in drinking water,” said Mike Keegan, a regulatory analyst at the National Rural Water Association, which is a trade group that represents local water utilities in rural areas across all 50 states.

Keegan said that the legislation, H.R. 2467, would make water utilities in rural areas financially liable if a maximum contaminant level for the chemicals is put in place by EPA.

He added that some of those water utilities might not be able to afford the treatment technology required to remove the PFAS. The bill does provide a $200 million grant to water utilities and wastewater facilities to treat PFAS over four years, but Keegan said water utilities would most likely need more funding than the grant provides.

“We want to protect the public from PFAS, we want all that,” he said. “But when you get into the mechanics (of the bill), what they’re really doing is passing on the liability to the public.”

Chemical companies such as DuPont, Chemours, Dow Chemical and 3M along with other businesses used the ubiquitous chemicals to make nonstick cookware such as Teflon, waterproof clothing, ski wax, Scotchgard and other consumer products.

But because of the chemicals’ inability to break down in the environment, PFAS can be found in drinking water across the country as well as in landfills and air.

The Environmental Working Group, a nonprofit organization that specializes in research and advocacy work around agriculture, pollutants, and corporate accountability, has found that more than 200 million Americans are drinking water contaminated with PFAS.

According to first quarter reports for this year, the National Rural Water Association spent $390,000 on lobbying  related to water policy. Last year, the NRWA spent $1.57 million on lobbying, according to reports.

However, because federal law does not require a specific breakdown of which issues those entities are lobbying for, it’s unclear how much money went to lobbying on PFAS policy.

Local water utilities from Colorado, Michigan and Florida, among others, have also taken to lobbying Congress on PFAS as lawmakers work to pass legislation to regulate the chemicals.

Colorado Springs Utilities spent $30,000 lobbying Congress by briefing “congressional staff on the status of the federal waters of the U.S. rule making and potential impacts on western water providers and various bills regarding the regulation of PFAS as a hazardous substance and associated obligations to water and wastewater utilities,” according to lobbying records for the first quarter of this year.

The Southeast Michigan Council of Governments, which is a nongovernmental organization that aims to improve transportation, environmental quality and infrastructure for Southeast Michigan, spent $10,000 in lobbying for the first quarter of this year, according to reports. The groups’ lobbying interests included support for a PFAS review.

The City of Satellite Beach in Florida also spent $10,000 in lobbying efforts for the first quarter of this year, according to reports.

One solution, Keegan said, is to exempt local governments and water utilities from liability.

Currently, only airports are exempted from that liability. The foam the Federal Aviation Administration required airports to use for emergency purposes and training contained two of the most toxic and well studied types of PFAS—perfluorooctanoic acid, or PFOA, and perfluorooctane sulfonate, or PFOS.

An argument from various trade organizations that represent water utilities is that the polluters, or the makers of the chemicals, should be the ones to cover the cost of treating PFAS out of water systems.

“Just the threat of liability is really worrisome to local governments,” Keegan said.

A particular sticking point is a section in the bill that would designate those two most toxic and well studied types of PFAS— PFOA and PFOS— as “hazardous substances” under the Comprehensive Environmental Response, Compensation and Liability Act of 1980, or CERCLA, which is also known as the Superfund law.

Under that designation, water utilities would have to comply with federal cleanup standards.

The Association of Metropolitan Water Agencies, which is an organization of the largest publicly owned water utilities in the U.S., has also raised concerns with the House Energy and Commerce Committee about the liability for PFAS cleanup that utilities would be stuck with.

“This is in direct contrast to the polluter pays principle, and we urge the  committee to keep liability for PFAS cleanup with PFAS manufacturers and formulators,” AMWA wrote to committee leaders. “At minimum, the legislation should extend a similar CERCLA liability exemption to  water and wastewater utilities that it offers to airports.”

The president and chief executive officer of the National Association of Water Companies, Robert Powelson, said in a statement that water utilities that are already moving to remove PFOA and PFOS from drinking water should not be held liable under CERCLA.

“It is imperative that the companies who produced and used these chemicals should be responsible for paying to clean them up,” Powelson said. “This is fundamental fairness and it should help us keep us focused on the companies and industries that have a real financial interest in slowing down meaningful PFAS remediation.”

Major trade companies representing water utilities are hoping for an exemption from liability. During the bill’s markup on the House Energy and Commerce committee, Rep. David McKinley, (R-W.Va.), voiced his frustration that water utilities were not exempted from Superfund liability.

He tried to include an amendment that would shield water utilities from Superfund liability, but it was not approved.

If those organizations can’t get the exemption proposed by McKinley, then Keegan expects to lobby the Senate to block the bill. In order for the bill to advance to debate and passage, at least 10 Republicans and all 50 Democrats would have to vote for it.

A similar bill passed the House last year by a vote of 247-159, with 24 Republicans joining Democrats, but the bill died in the Republican-controlled Senate.

With Democrats now controlling both chambers, as well as the White House, passage of the bill could become a reality, along with a slew of new requirements for water utilities.

“The people who are responsible for getting (PFAS in the water) should be fined,” Keegan said.

“PFAS is an urgent public health and environmental threat – it’s affecting our drinking water, our health, and our environment in Michigan and across the U.S.” Dingell said in a statement after the House Energy and Commerce Committee voted to send the bill to the House floor.

“The number of contamination sites nationwide is growing at an alarming rate, including our military bases, and we can’t wait any longer to address this.”