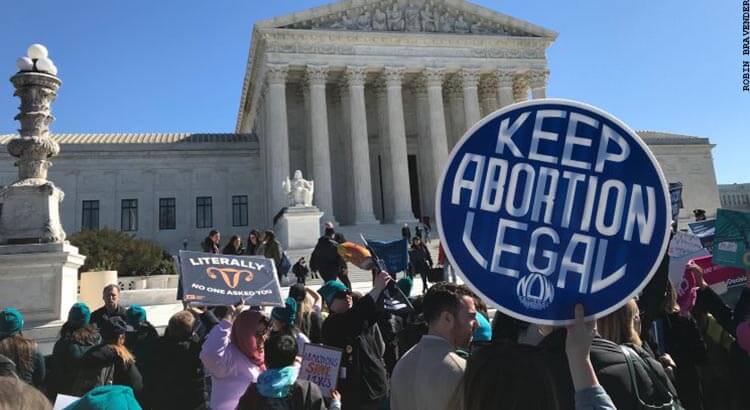 Ohio’s largest abortion clinic says it will continuing seeing patients and providing care as it awaits the impact of the most recent wave of regulations by the state, and further efforts in the state legislature.

The non-profit Preterm in Cleveland has been open for 47 years, through legal barriers galore, on the state, federal and even local level.

“I think it’s safe to say this is one of the most challenging landscapes that we’ve ever been in as abortion providers,” said Jen Moore Conrow, executive director at Preterm.

Moore Conrow said the clinic will press on despite restrictions on care and recent language in the state budget that limits the distance an abortion-providing physician can have for hospital-admitting privileges and a clinical practice.

When the legislature comes back from its summer break, it will consider a reintroduced bill that would require physicians to notify patients of an unproven and controversial “abortion reversal method.”

Abortion remains legal in the state of Ohio up to 20 weeks gestation.

But Moore Conrow and colleague Catrina Otonoga, Preterm’s policy and partnerships manager, worry more about the impression regulations and attempted legislation puts on current patients and those looking for care.

“Almost every week I get texts and calls…from people who have been given my number, and people who say ‘I don’t know who else to call’ to find out whether they can get care,” Otonoga said.

On a local scale, some Ohio cities are considering ordinances to designate themselves “sanctuary cities for the unborn,” seeking bans on providing help to those seeking abortions.

Warren County’s Lebanon City Council passed such an ordinance in May, an ordinance the ACLU of Ohio said is “blatantly unconstitutional,” and ripe for legal challenge.

“Anti-abortion politicians in Lebanon have no business interfering in people’s lives and health care,” ACLU of Ohio legal director Freda Levenson said at the time.

Related to the ordinance passage, earlier this month the ACLU placed a billboard in South Lebanon saying “abortion is legal in all of Ohio.”

Planned Parenthood has also said they continue to serve patients, despite fears of a legal challenge to the U.S. Supreme Court decision in Roe v. Wade.

“These neighborhoods are ignored by legislatures when it comes to investing in their community but attack these same communities by pushing health care out of reach with these restrictions,” Blauvelt-Copelin wrote.

Preterm, the ACLU of Ohio and Planned Parenthood are all still waiting on a judge’s final ruling in a 2019 lawsuit to a state law banning abortion as early as six weeks into pregnancy. A federal judge gave the groups a temporary restraining order in July 2019, but has yet to rule permanently.

The same judge, in the same week, blocked an Ohio law regulating surgical abortion tissue disposal because the state had not created the forms, rules or regulations needed for those disposal regulations.

On April 5, Governor Mike DeWine signed an executive order bypassing the legal tangle-up and suspending “the normal rule-making procedures” and permitting the Ohio Department of Health to immediately adopt rules related to the tissue disposal law. Planned Parenthood, however, has said they still haven’t received the proper documentation and information they need to follow the law.

The U.S. Supreme Court recently ruled in favor of abortion advocates in a case out of Louisiana related to abortion-providing doctors’ admitting privileges at hospitals.

This week, a federal judge blocked an Arkansas law’s near-total abortion ban, except in the case of medical emergencies. The law makes no exceptions for rape and incest, and Arkansas Gov. Asa Hutchinson told CNN he signed the bill into law specifically because it was a “direct challenge to Roe v. Wade.”