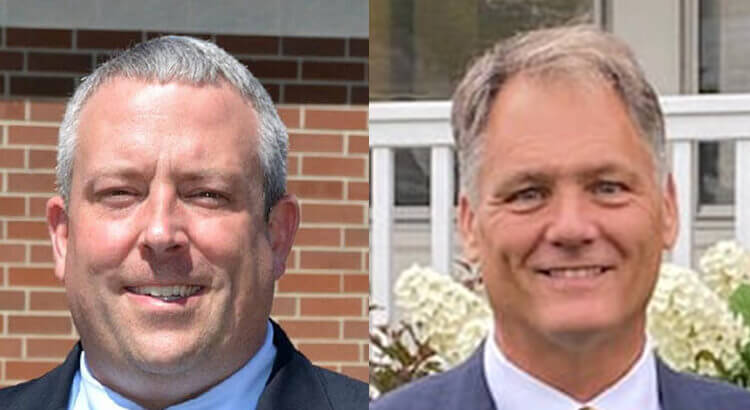 Tiffin, Ohio — The Tiffin City Board of Education announced Friday that they have accepted the resignation of Van McWreath as the district’s incoming superintendent following his arrest last week.

McWreath was arrested and charged with three counts of unlawful restraint, a third-degree misdemeanor, following accusations that he allegedly locked his wife and two stepdaughters in the basement of their home.

“We have accepted Mr. McWreath’s resignation, effective immediately. While Mr. McWreath did have a clear background check and strong recommendations, upon learning of the recent and undisclosed allegations against him, we shared with him our intent to explore these to the fullest extent. Mr. McWreath decided to resign due to personal reasons,” the board said in a statement posted to the Tiffin City Schools Facebook page.

“We understand there will be questions or concerns around the $52,500 settlement agreement, however in efforts to do what is best to move past this unfortunate situation and avoid extensive and costly litigation, we agreed to the settlement and are excited to move the district forward.”

During a special meeting in the Tiffin Middle School cafetorium, the board also announced that they have agreed to hire Dr. Michael Zalar as the district’s next superintendent. Zalar’s contract is set to begin August 1, 2021 and last through July 31, 2024.

The board also voted to accept a consulting contract with Zalar for up to 15 days beginning in July.

Zalar, who was born in Tiffin, said during the meeting that he is excited to serve Tiffin City Schools as superintendent.

“I’d like to thank the Board of Education for giving me this opportunity. It’s a great honor and privilege,” Zalar said.

According to his LinkedIn profile, Zalar has a Ph.D. in Educational Administration and Supervision from Bowling Green State University. He has also earned a Master of Arts in Teaching from Miami University, and holds a Bachelor of Arts in Geography and Planning from the University of Toledo.

“Dr. Zalar is a seasoned superintendent with 12 years of experience leading districts to success. He also has strong family and community ties to the Tiffin community,” the Tiffin City Board of Education said in a statement. “Dr. Zalar not only brings experience, he also is a man of character and integrity.”

Zalar most recently served as superintendent of North Olmsted City Schools, a position he has held since August 2013 until he announced his retirement earlier this year. Zalar was one of three candidates vying for the Norwalk City Schools superintendent position, until he dropped out of the race Monday to turn his attention towards Tiffin.

“I am excited beyond words to be able to transition into this community, and to work alongside all of the professionals and teachers, the faculty, the staff, the parents, the students. I believe that the opportunity, and the possibilities in Tiffin, the potential is really limitless,” Zalar said.