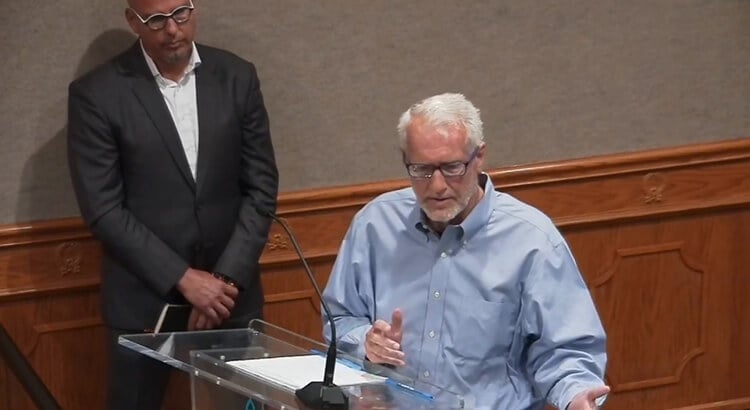 Tiffin Riverfront Development LLC is headed by Eduardo Hernando, a graduate of Heidelberg University in Tiffin, former captain of the football team, and current member of the university’s business school advisory board. The project was initially presented to the city in 2018 and has been through various stages of the development process ever since.

Hernando was present at the meeting, seeking to obtain an extension on the development agreement between his company and the city, which is set to expire at the end of June 2021. He also shared his renewed vision for the project following it being put on hold last year due to the coronavirus pandemic. 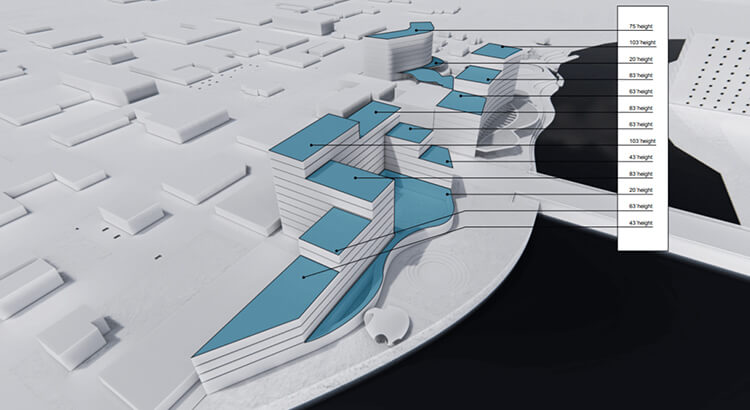 Hernando previously announced that the hotel portion of the project will be named The Edward Hotel and Spa, after the first governor of Ohio and Tiffin’s namesake, Edward Tiffin. The property will be part of the Choice Hotels Ascend Collection, which according to Hernando, allows the hotel to access reservation systems and other industry-leading resources while retaining its operational independence and local charm.

Hernando said during the meeting that he believes the project is now in its “fourth quarter” of development, and that he expects to break ground on it by June 2022.

The meeting became somewhat heated during the public comment portion, when multiple community members addressed council and shared their concerns regarding the project.

John Kerschner, vice president of project development for Alpha Capital Partners (which owns National Machinery in Tiffin), spoke out in opposition to the project — questioning whether Hernando could actually pull it off.

“As a citizen, what I’m more interested in is some meat behind the numbers. Because [Hernando]’s an excellent speaker, he promotes very well,” Kerschner said. “But what I heard today was that, in fact, he is not a developer, and has never developed a project. And in the Architectural Board of Review meeting, I heard him say, ‘especially not one of this magnitude.'”

“I am aware that he was involved in a project similar to this one, and I spoke with the mayor and some city council members there, which was very concerning because that project did not come to fruition… It was in Hendersonville, North Carolina,” Kerschner said.

Hernando had filed an application for the North Carolina project back in 2005, and five years later, he filed for voluntary Chapter 7 bankruptcy, declaring assets of $13,622 against liabilities of $4.5 million, according to Hendersonville Lightning.

“So what I heard today, is that the first project does not have financing in place. So we have a developer with no experience, and no financing is in place for hotels,” Kerschner said. “I’m not trying to attack you here at all.”

“You absolutely are,” Hernando said as he stood next to Kerschner while he was speaking.

“I’m just trying to get the facts as I understand them and as I see them. And I don’t want city council to move forward without understanding,” Kerschner said. “A lot of these things to me don’t ring true.”

Ralph Smothers, owner of Ralph’s Joy of Living, spoke out in support of Hernando.

“That is my friend, and I can tell you he’s been my friend for 30 years,” Smothers said of Hernando. “He is the real deal. I can tell you that, I’ll put my name on that. For whatever reason, there’s jealousy in this town, which I don’t understand.”

Richard Reser said that as a local business owner, his concern is not so much that Hernando can complete the project, but whether or not he should. Reser said he is worried that Hernando’s project could take away both customers and employees from shops and restaurants already located downtown.

“There’s a lot of small business men and women in Tiffin, Ohio. And when he opens up a retail establishment in the basement, or first floor of this, we’re going to be pinching quite a few of those smaller people in Tiffin: Bailiwick’s, the little clothiers in Downtown Tiffin, maybe the Laird Arcade brewing company,” Reser said.

“He stated the fact that COVID beat up all these businesses, and they did,” Reser said. “Which now we have an issue with employment. He opens up this massive restaurant, retail shops… There’s only so many people in Tiffin, Ohio — do we have enough employees? We’re already hurting for employees in Downtown Tiffin. Are employees from Downtown Tiffin going to be sucked away to go to the nice, new beautiful facility?”

Local investor Andrew Kalnow then spoke at the meeting, sharing his concerns about the viability of Hernando’s proposals as they currently stand.

Kalnow said his primary concern is that Hernando plans on building the project with “OPM,” or other people’s money.

“It is a mega project. It is a big bang, and they will come using OPM,” Kalnow said. “And that’s okay. But you’ve got to realize that things are built on thin webs, when you have a web that is basically OPM. And that’s okay if the city can protect itself, but when things fail, who owns the land?”

Kalnow, who had previously partnered with another developer to bring a luxury boutique hotel to Downtown Tiffin, expressed interest in developing a portion of Hernando’s proposed project himself.

“I would like to propose that I will personally step forward and develop one of those parcels, taking the burden off of Eduardo of having to come up with almost an insurmountable task. You know, a huge development project that encompasses a hell of a lot in a short time frame, with a lot of risk,” Kalnow said.

“And I would not have the ‘OPM type’ of financing contingencies. And I don’t really care which sort of venture it would be. I’d be happy to develop apartments and condos, or I’d be happy to develop an inn and hotel type of complex. I can promise you that I would put serious money into it, and serious effort. And I think from my record of over a couple decades in this town, you know there would be success. I am not trying to undercut this gentleman, and I do appreciate you coming forward, but gee, maybe we can do this together and have a better outcome… A more assured outcome,” Kalnow added.

After the public input portion of the meeting, Hernando said he was “quite embarrassed” by the comments made.

“The undercutting, which is actually happening… I’m embarrassed for Tiffin, I’m embarrassed for Mr. Kalnow. Everyone had an opportunity to do what I’ve done. I didn’t come into Tiffin to do a project, I didn’t come into Tiffin to take anything away from anyone. But I can guarantee you one thing. That hotel — a hotel is needed in Downtown Tiffin,” Hernando said.

Hernando also took issue with Kalnow’s “OPM” remarks, bringing up the lack of progress at the former Gibson Hotel property that Kalnow purchased alongside other investors in 2019.

“When a person who is a multi-millionaire or billionaire owns some property across from the courthouse, which as far as the last four years has never been touched… I’ve seen a sign there for four years. Someone who doesn’t need the money to fix it should be spending money on a property they bought that’s dilapidated, sitting there, historic property or not. So if you’re going to throw fire, be sure. I’m not a guy that’s going to sit around and be attacked,” Hernando said.

In regards to the failed North Carolina project mentioned by Kerschner, Hernando said the timing of the project wasn’t right, partially blaming the 2007-2008 financial crisis.

“I did exactly what I did for Tiffin. I had a development of a condo… Guess how long it took to sell out 50 percent of that building? Less than 30 days,” Hernando said. “The reason why I’m so excited, and the reason why I’m still here, is because the same conditions were in that community that exist in Tiffin. That’s why I believe in it, and my intuition was right, and I presold in 30 days. But were just on the cusp of the real estate bubble, and unfortunately, the timing ran out. The music stopped in the musical chairs game.”

Council President Rich Focht thanked Hernando as well as those who spoke during the public comment portion for their remarks.

Councilman Steve Lepard introduced a motion to have Law Director Brent Howard draft an ordinance extending the development agreement with a new deadline of June 2022. Tiffin Riverfront Development LLC would also be required to provide updates to council every 90 days.

“We made a commitment to Mr. Hernando in October of 2018, and I’m here to honor that,” Lepard said.

Councilwoman Dawn Iannantuono seconded the motion to begin the extension process, and it passed with a unanimous vote.

Discussion on the project is expected to continue at future council meetings.

You can watch the full video of Monday’s council meeting on Facebook Live here.