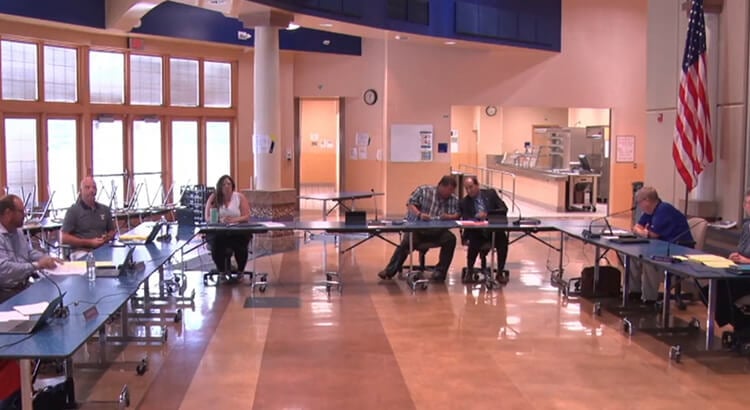 Tiffin, Ohio — The Tiffin City Board of Education has scheduled a special meeting for Friday, June 25.

The meeting will be held at 12:30 p.m. Friday in the Tiffin Middle School cafetorium, at which time the board intends to enter executive session to discuss the recent arrest of newly-hired superintendent Van McWreath.

McWreath was arrested last week on three counts of unlawful restraint, a third-degree misdemeanor. He has pleaded not guilty to the charges, which stem from an incident last month in which McWreath allegedly locked his wife and two stepdaughters in the basement of their home while drunk.

It is possible that the board will take action during the meeting Friday as it relates to McWreath’s employment with the district.

The board met during a regular meeting Tuesday in which they entered into executive session for over an hour to discuss the situation with legal counsel. No action was announced during that meeting.