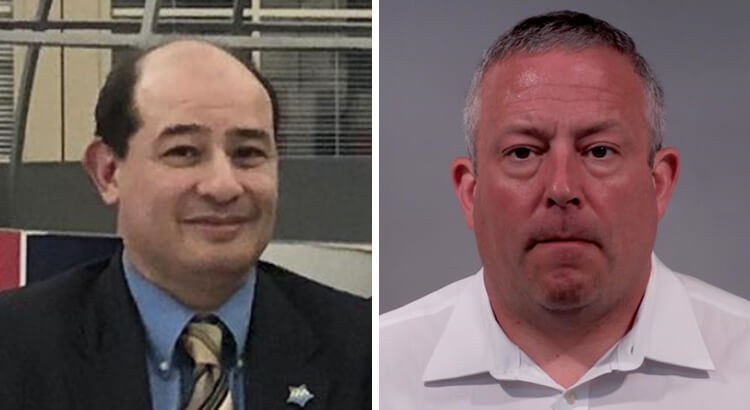 Tiffin, Ohio — A member of the Tiffin City Board of Education is speaking out ahead of Tuesday’s board meeting, releasing a statement in regards to the recent arrest of newly-hired superintendent Van McWreath.

Victor Perez provided a written statement to TiffinOhio.net on Monday, in which he said he does not believe McWreath is able to fulfill his duties as the district’s next superintendent. Perez said he has requested “several additions” to the agenda for the board’s upcoming meeting.

McWreath, 48, of Cortland, was charged with three counts of unlawful restraint, a third-degree misdemeanor. He has pleaded not guilty to the charges and has a pre-trial hearing scheduled for August 9 in Trumbull County Central District Court.

The charges stem from an incident last month in which McWreath allegedly restrained his wife and two stepdaughters in the basement of their home.

Perez said it is imperative for the public to provide comments to the Tiffin City Board of Education regarding McWreath’s employment with the district. He said community members can email the board at tcs_boardcomments@tiffincityschools.org, leave correspondence at the administrative office building, and/or appear at Tuesday’s school board meeting.

The meeting is scheduled to begin at 6 p.m. on Tuesday in the Tiffin Middle School cafetorium. It can be viewed via livestream on the Tiffin City Schools Facebook page.

“It is likely there will be an executive session at the beginning of the meeting to allow board members to meet with counsel,” Perez stated. “To be clear, counsel for the Board was immediately involved in this ongoing situation.”

Perez said he learned of McWreath’s arrest on Thursday “due to the diligence” of TCS administrative staff.

“I then obtained a copy of the police report through a public records request on Friday morning,” Perez said. “Friday evening, Mr. McWreath called me and left a voicemail. I responded by e-mail indicating that I would not speak to him without the whole board, and indicated that he needed to address the public.”

Perez said that more importantly, he also informed McWreath that he no longer has faith in him to serve as superintendent. Perez added that he is prepared to seek “appropriate board action” to prevent that from happening.

“As a parent, child protection professional and board member, this is my opinion,” Perez said. “In addition to public comments, I only ask for prayers for our district and wisdom for all those involved.”