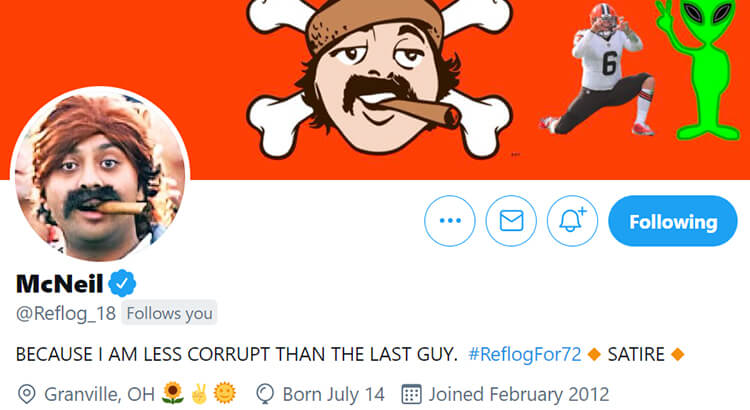 Eligibility in question, but McNeil says he’s ‘less corrupt than the last guy’

A Licking County resident known widely online for his Ohio sports commentary and having once organized the Cleveland Browns 0-16 parade is vying for the Statehouse seat left open by the expulsion of Rep. Larry Householder.

Chris McNeil, a Granville native who goes by the name “Reflog_18” on social media, submitted his interest Friday in being appointed to the vacant 72nd District seat.

The district includes all of Coshocton and Perry counties, along with a portion of Licking County.

McNeil’s residence is actually located in the 71st District just a few miles from the 72nd District boundary. The Ohio Constitution requires that would-be lawmakers live in their district for one year prior to their election. It’s unclear if this would apply to an open seat appointment.

Asked how he planned to settle this residency question, McNeil, who is known for his tongue-in-cheek social media posts, answered: “TBD- forming an advisory committee to address such concerns.”

Speaker Bob Cupp announced the House would receive applications for the seat through June 23, with a screening committee to interview top candidates. 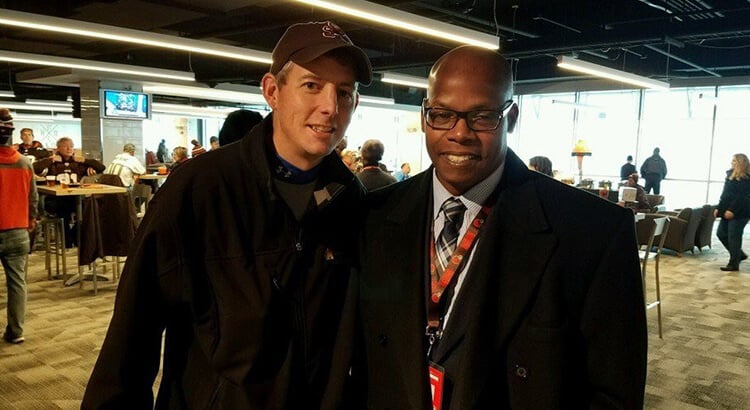 In his letter to Cupp, McNeil noted his work with Pinnacle Metal Products, a family-owned metal fabrication business headquartered in Columbus as well as his community involvement as a youth sports coach.

“Finally,” he noted, “I also have the pulse of the people and am an excellent communicator. My social media following tops 350k on Twitter and I can leverage that medium to engage our constituents and encourage participation in the legislative process. It has been instrumental in many of my community organizing events.”

One such event was a “Perfect Season Parade” organized by McNeil after the Browns went 0-16 in the 2017 season.

McNeil’s Twitter bio offers something of a campaign slogan: “BECAUSE I AM LESS CORRUPT THAN THE LAST GUY.”