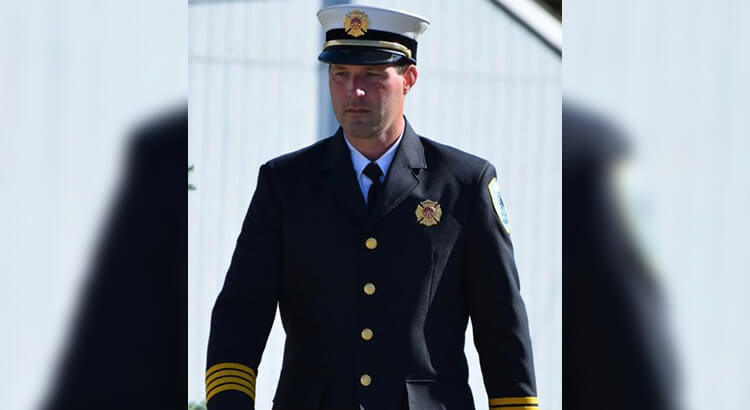 Chappell has been deputy chief since 2015 and interim chief for the past eight months. The appointment is to be finalized contingent upon City Council approval, which may occur later in June.

Chappell has proudly served Tiffin Fire & Rescue Division since his original appointment of firefighter/paramedic in 2004.  As Deputy Chief, he oversaw the Fire Prevention Bureau, managed the training and development of personnel, and directed the EMS operations of the department.

Chappell said, “I’m very humbled by this appointment and acknowledge that the success we have been able to achieve over the past eight months is because of the people around me.

“When I decided to become a firefighter, I knew that Tiffin was where I wanted to be,” he continued. “This is a great community, where individuals can make a difference, but teams are in place to be part of something bigger than yourself. I believe that by taking this position, I will be giving back to the community that has given me and my family so much.”

Tiffin Mayor Aaron Montz commented, “I’m proud to name Rob Chappell as our next Chief of the Tiffin Fire and Rescue Division. His record as deputy chief and prior to that as a firefighter/paramedic and willingness to take on the Interim Chief position these past eight months proves that he has what it takes to lead this department to success.”

City Administrator Dale Thornton said, “I have appreciated working with Rob in his time as Deputy Chief and as Interim Chief, and believe he will continue to be a major asset to his department and the City of Tiffin.”