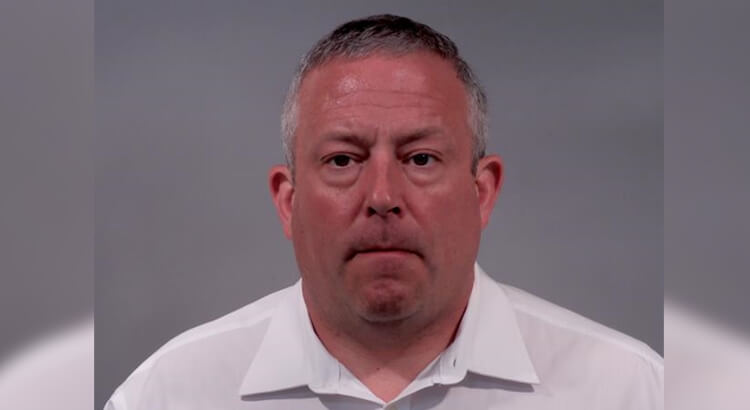 McWreath, 48, of Cortland, a former principal in the Painesville City Local Schools district, turned himself in to authorities Wednesday on three counts of unlawful restraint, a third-degree misdemeanor.

The charges stem from an incident last month in which McWreath, who was offered the superintendent position by the Tiffin City Board of Education in April, allegedly got into a physical altercation with his wife and two stepdaughters after drinking alcohol.

At approximately 4:26 p.m. on May 16, officers with the Cortland Police Department were dispatched to McWreath’s home on a report of an alleged physical altercation.

According to the incident report, officers were advised by dispatch that the caller stated McWreath was allegedly assaulting her mother and 14-year-old sister and left the residence in a black Jeep.

Upon arriving at the residence, officers did not locate a black Jeep in the area with McWreath behind the wheel. Officers began speaking with McWreath’s wife and stepdaughters. We are not identifying them.

The wife and one of her daughters told officers they were sitting at the table eating pizza when they heard McWreath downstairs making loud noises, according to the report.

All three females proceeded downstairs to see what was going on, and when they got there, McWreath allegedly laughed and said “you fell for it” while running upstairs and shutting and locking the basement door, according to the report.

The women attempted to open the door but told officers McWreath was allegedly sitting in front of it with his feet pushed against the wall.

Eventually, one of McWreath’s stepdaughters was able to begin breaking the door. That’s when McWreath allegedly stood up and proceeded to run out the front door, causing the women to fear he would try to get in the Jeep and drive after drinking, the report states.

According to the report, the women all tried stopping McWreath from leaving, and that’s when he allegedly proceeded back inside and pushed one of his stepdaughters, causing her to fall to the floor.

After that altercation, McWreath allegedly ran out the front door and proceeded to get into his vehicle and leave the scene. Officers did not locate McWreath following the incident.

Trumbull County Assistant Prosecutor Deena DeVico decided to charge McWreath with three counts of unlawful restraint, and the charges were filed with the Trumbull County Central District Court on Monday. Additional charge(s) may be pending, according to the report.

On Tuesday, an officer with Cortland PD called McWreath’s phone and left a message requesting a call back. According to court documents, an attorney representing McWreath called the officer and advised that McWreath would be turning himself in the following morning, which he did.

After turning himself in, McWreath pleaded not guilty to three counts of unlawful restraint and was released on a $750 bond. He was also ordered not to have any contact with the alleged victims, according to court records.

McWreath previously served as principal of Harvey High School in Painesville. The Painesville City Local Schools district released a statement: “Mr. McWreath has been placed on administrative leave pending investigation. Having previously resigned his position effective at the start of the 2021-22 school year, he is no longer an employee of the district when his contract expires on July 31.”

McWreath was offered the TCS superintendent position with a $139,000 annual salary at an April meeting of the Tiffin City Board of Education.

On Friday, the Tiffin City Board of Education released a statement regarding McWreath’s arrest.

“The Tiffin City Board of Education is aware of the recent charges against Mr. McWreath that have arisen as a result of issues he is experiencing in his personal life. We met with Mr. McWreath who has been forthcoming about the problems that he is working to resolve. The Board has been consulting with legal counsel to ensure that it is acting both in compliance with law and in the best interest of the District. At this time the situation is being closely monitored as it progresses,” the board wrote in a statement published on the Tiffin City Schools website.

The school board worked with the Ohio School Board Association to find a pool of candidates for the position, which was left vacant after former superintendent Gary Barber resigned following his second OVI (operating a vehicle while intoxicated) arrest in a span of three years.

In June 2020, the district brought in former Galion City Schools superintendent James Grubbs to take the position of interim superintendent until a permanent replacement was found.

A pre-trial hearing is scheduled in McWreath’s case for August 9 at 11:30 a.m. in Trumbull County Central District Court.