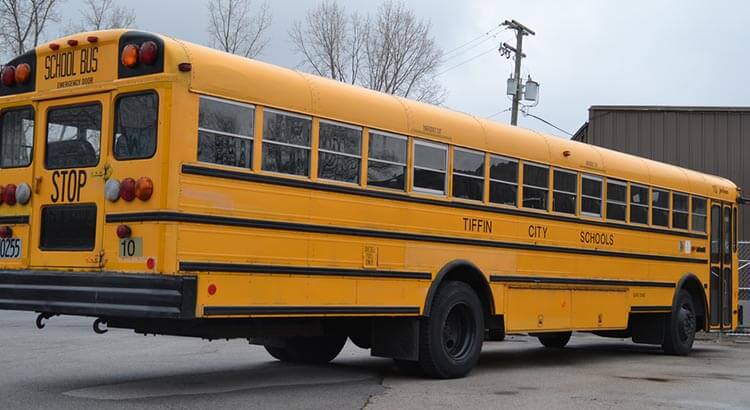 The Ohio House’s version of a public school funding overhaul won the day after negotiations ended for the new two-year state budget.

The conference committee on the budget bill, comprised of members of both chambers of the Ohio legislature, returned to the so-called “Fair School Funding Plan” after the Senate tried to make its own funding formula for Ohio’s K-12 public schools. They approved the committee report on Monday afternoon.

The budget passed both chambers of the legislature on Monday night, with a 32-1 vote in the Senate and 82-13 vote in the House.

Members on both sides of the aisle of the Senate and House said the public school funding formula in the budget was a good compromise, with state Sen. Vernon Sykes, D-Akron, calling the inclusion of the plan “one of the most significant things we have done” for education in Ohio.

“This bill takes the flaws of our antiquated, Band-aided…public school district funding formula and replaces it with what’s been known as the Cupp-Patterson funding model, the Fair School Funding formula,” said state Rep. Jamie Callender, R-Concord.

Callender was a cosponsor on the reintroduction of the funding formula as a standalone bill before it was absorbed into the budget.

The original plan for the funding formula was a six-year phase-in program, but in the new state budget, only two years are funded. Senate President Matt Huffman said the out-year costs are “still a significant concern,” but the main motivation for only looking two-years into the future of education was the budget cycle.

“No matter what we do about predictability, all spending decisions under our constitution are two-year decisions,” Huffman said on Monday.

The education budget will become a largely state-funded model, which will weigh a school district’s wealth when deciding the local share to be paid by the district, versus the state’s share.

The budget maintains direct funding from the state for public schools, but removes elements of the House version that created an oversight commission for school funding, and new and existing studies on the cost of educating a child in the state.

The per-pupil base cost will be calculated on a district-by-district basis, made up of the base costs for teachers, student support, district leadership and accountability, building leadership and operations, and athletic co-curricular activities.

That base cost is an average of $7,202 per pupil. Including state and local shares, the state estimates expenditures of $10.9 billion in each fiscal year.

Private school vouchers under the EdChoice scholarship program will be directly funded by the state, rather than through a deduction from a school district’s share of funding, as was previously the case.

Under the budget plan, direct payments from the state will be distributed through funding units on behalf of each scholarship recipient.

The Fair School Funding plan had the support of major education groups, including the Ohio Education Association, the Ohio School Boards Association and the Ohio Federation of Teachers.

Rick Lewis, chief executive officer of the OSBA, said the decision to include the funding plan was “bold and historic.”

“Enacting this funding model represents a generational investment that will thrust Ohio forward into an era of stable and predictable education budgets to help schools meet the needs of all students,” Lewis said in a statement on Monday evening.

The bill wasn’t without its critics. The lone vote against the budget bill in the Senate, state Sen. Teresa Fedor, D-Toledo, said she still couldn’t agree to the funding formula with private school voucher funding as it was, and there were several parts of the budget bill that aren’t beneficial to the state.

“I know that we made the budget from the Senate better, but there are still provisions in the bill that are harmful to Ohioans,” Fedor told the OCJ after the vote.

She said the education funding “isn’t a total commitment” to the public schools, and school districts in some neighborhoods would be left behind.

An income tax cut also remains in the budget bill, with legislators settling on 3% rather than the 5% the senate had proposed. A tax cut was something education advocates criticized as a cut to school support.

The budget awaits approval from Gov. Mike DeWine, who can approve or veto individual provisions of the budget on a line-item basis.