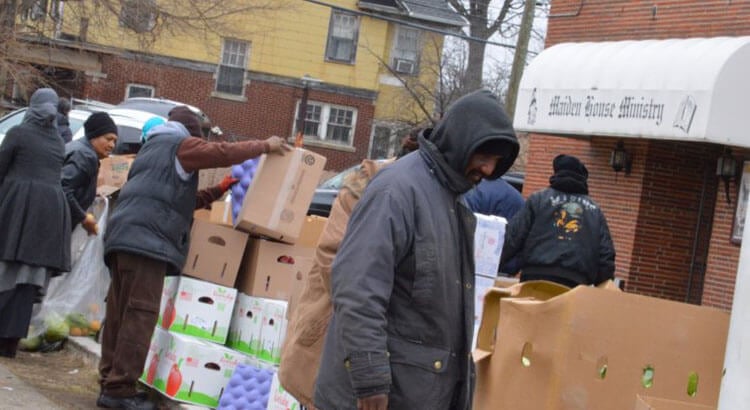 “It’s not a Christian thing to do, it’s not in the Judeo-Christian tradition to hurt people.”

That was Ohio Gov. Mike DeWine a year ago, chastising churches who insisted on holding large services during severe outbreaks of Covid-19. Now it’s DeWine who deserves to be castigated for his unchristian-like choice to hurt the most vulnerable people in the state for political expediency. Denying a financial lifeline to the poorest Ohioans without jobs is heartless, not a Christian thing to do.

But DeWine doesn’t seem to care about the suffering he will cause the powerless. He seems to care about big business donors and, to that end, advancing an old Republican theme about the jobless as lazy loafers. DeWine is one of 25 Republican governors who will prematurely stop federal unemployment supplements — delivered at no cost to the state — and abruptly forgo millions in economy-boosting federal dollars to those most in need.

The cruelty to Ohio workers displaced by the pandemic, for no reason but GOP handholding with campaign benefactors, is outrageous. The extra federal unemployment benefits — initially $600 a week and later halved to $300 — mercifully boosted meager state unemployment checks and kept many Americans from going hungry during a brutal year. The emergency relief program will end in September, but DeWine pushed the date up to June 26 in Ohio. In less than two weeks, the governor will cut off nearly $1 billion in added federal payments to over 300,000 Ohioans trying to get back on their feet and desperate for help until they do.

The millionaire politician chose to put business interests over compassion for Ohio families in crisis. The unemployed have no pull with power. They live a world apart from DeWine and Co. When they lose a job, they don’t eat, utilities get turned off, and eviction notices arrive. They work multiple jobs and live below the poverty line. They make deliveries, provide care, clean, serve, stock, run cashiers, do backbreaking labor, stand for hours, take abuse and earn subpar wages that don’t begin to cover expenses.

They don’t have rainy day funds to tap when their hours are cut, or their companies close. They live paycheck to paycheck, one emergency away from financial disaster. In the pandemic-induced recession, millions of Ohioans only had a frayed social safety net to survive on and recovery has been slow. The pain isn’t over for them. Not by a long shot.

Yet DeWine prefers to close ranks with other Republicans and small business owners who claim, without evidence, that unemployed Ohioans receiving the add-on federal benefits have it too good. All that money is making them unmotivated to work, the pretense goes. The jobless are milking the system to get rich. They ought to become so financially desperate (by cutting off federal supplements) that they’ll work for anything. Works for employers who don’t want to raise pay.

This resurrected Republican narrative is a go-to move for the GOP and its corporate benefactors to deflect blame for a dearth of low-wage workers. It’s easier to depict the defenseless unemployed as parasitic leaches than hold business owners accountable for how badly workers are paid. Ohio’s top Republican is simply following the 2021 version of Ronald Reagan’s dog whistle dance from the 1980s. Reagan and the GOP came up with the racist myth of unemployed “welfare queens” living high off the hog on the public dole with no intention of working.

The new welfare queens, in the Republican lie about pandemic worker shortages, are the millions of Americans from over two dozen red states who will be collectively kicked off their federal unemployment benefits early. GOP governors made them the straw men in their retribution efforts on behalf of employers accustomed to lots of cheap, disposable labor. DeWine reiterated the business-driven fallacy about extra benefits “discouraging people from going back” [to their jobs] as if it were fact. It is not.

There is no hard data or real evidence to support the governor’s assertion about larger unemployment payments deterring people from looking for jobs. Realms of economic studies are nearly unanimous in finding little correlation between increased benefits and drops in employment. But the increased pandemic payments may have given people breathing space to find affordable childcare or maybe a job that pays a livable wage.

Maybe workers are holding out for employers who are willing to invest in them with benefits, instead of relying on Medicaid to cover employees who earn so little they qualify for food stamps. Maybe the two or three minimum-wage gigs that “essential workers” slogged through, chancing exposure to a deadly contagion, aren’t worth the risk anymore. Maybe small business owners and big corporate employers will get the message of this worker supply and demand equation and replicate the hiring successes of companies that raised wages and were flooded with applicants.

Ohio Republicans side with businesses who don’t want to compete for workers with higher wages, better benefits and safer workplaces. Lawmakers are fine with Ohio’s $8.80 minimum wage rising by pennies a year since 2006. Legislation to raise the minimum wage to $15 an hour regularly dies in committee while tax cuts for the wealthy sail through. But denying 10 weeks of paid-for federal benefits to the hardest hit people in the state, just to score political points, is a new low for the governor.

And not a Christian thing to do, Mike DeWine.