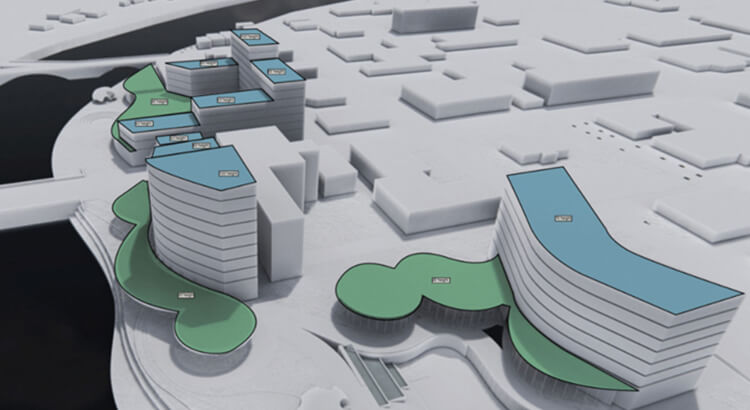 Tiffin, Ohio — During a special meeting Monday, Tiffin City Council approved an extension on the development agreement between the city and Tiffin Riverfront Development LLC, the developer of a proposed $43 million mixed-use riverfront development project.

Tiffin Riverfront Development LLC is headed by Florida-based developer and entrepreneur Eduardo Hernando, a graduate of Heidelberg University in Tiffin, former captain of the football team, and current member of the university’s business school advisory board. The project was initially presented to the city in 2018 and has been through various stages of the development process ever since.

The development agreement was set to expire at the end of June 2021. Hernando said the COVID-19 pandemic is one of the main reasons the project was put on hold last year.

On Monday, council agreed to extend the development agreement until June 2022 by a vote of 4-3. The extension is subject to conditions set by council. Councilmembers Steve Lepard, Zack Perkins, Dawn Iannantuono, and Ken Jones voted in favor of granting the extension, while Bridget Boyle, Ben Gillig, and Dan Perry voted in opposition.

Hernando previously announced that the hotel portion of the project will be named The Edward Hotel and Spa, after the first governor of Ohio and Tiffin’s namesake, Edward Tiffin. The property will be part of the Ascend Hotel Collection from Choice Hotels, which according to Hernando, allows the hotel to access reservation systems and other industry-leading resources while retaining its operational independence and local charm.

Hernando previously said that he believes the project is now in its “fourth quarter” of development, and that he expects to break ground on it by mid next year.