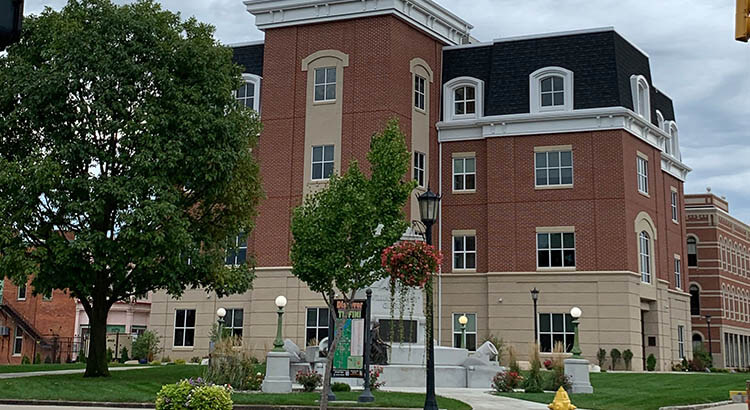 Tiffin, Ohio — A Kettering man has been sentenced on two charges after police say he vandalized the Downtown Tiffin area early Friday morning.

According to Tiffin-Fostoria Municipal Court records, 22-year-old Elliot J. Kurtz, of Kettering, was charged with criminal mischief, a third-degree misdemeanor, and disorderly conduct, a minor misdemeanor.

During an arraignment hearing Friday, Kurtz pleaded no contest to both charges and was found guilty.

Kurtz was sentenced to 60 days in the Seneca County Jail with 50 days suspended, and was also sentenced to two years of probation. He must also pay a $150 fine on the criminal mischief charge, and a $100 fine on the disorderly conduct charge.

Court records state that Kurtz must also pay restitution to the City of Tiffin in an amount to be determined by Nov. 1, 2021.

According to police, during the early hours of Friday morning, planters, trash cans, and benches in the downtown area were tipped over.

“We know crews work hard to keep the downtown beautiful for all to enjoy and take a zero tolerance stance on this type of activity,” TPD said in a Facebook post announcing the investigation.

Tiffin Mayor Aaron Montz also chimed in on the situation in a social media post.

“Volunteers spent countless hours planting and caring for our planters and landscaping and it’s beyond disappointing to see vandals trash our downtown,” Montz said in a Facebook post regarding the incident.