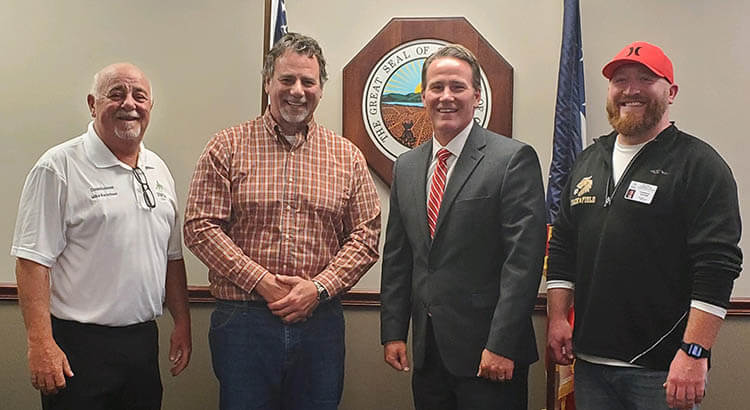 Husted spoke with the Seneca County Board of Commissioners and other elected officials on various topics, including economic development and law enforcement.

The lieutenant governor also shared a general update from his office.

Mike Kerschner, president of the Seneca County Board of Commissioners, said it was a productive meeting and he thanked Husted for spending time in Seneca County.

“It’s always good to be in touch with state elected officials, especially someone who holds the second-highest office in the state,” Kerschner said. “It’s a chance to express our concerns and to get updated on what is going on at the state level that could impact us here locally.”