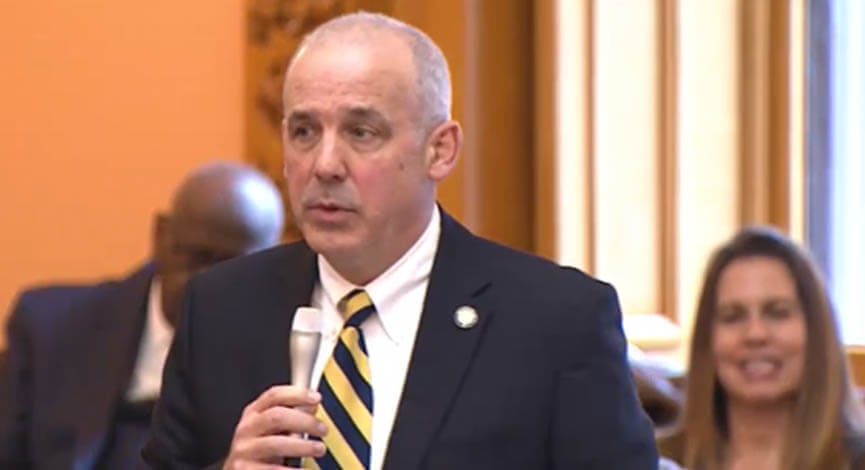 Ohio Senate President Matt Huffman has ended his pursuit of a constitutional amendment to push back redistricting deadlines in the state, a proposed attempt at dealing with delays in receiving U.S. Census data.

Ohio is expected to receive census data used for drawing new federal and state legislative maps sometime in September. That is a problem, as the state’s redistricting processes set deadlines for around that time to draw and approve new maps.

The fear is Ohio will not have enough time to receive the data and adequately use it to draw new maps for the Ohio General Assembly and for the U.S. House of Representatives.

Huffman, a Lima Republican, had proposed placing a constitutional amendment on the August special election ballot to extend those deadlines and accommodate the census delays. Wednesday marked the last day the legislature could have worked to get this on the ballot. Huffman opted to forgo this effort.

Huffman told reporters his decision was influenced by the criticism from Democrats and some fair maps advocates for what they viewed as a hurried proposal.

“I believe that unless both political parties indicated that they were in favor of this, I don’t think it would pass,” he said of the theoretical August vote.

All on the Line Ohio, a left-leaning organization pushing for a fair mapmaking process, was skeptical of the Huffman plan. Katy Shanahan, the group’s leader, said Wednesday she was glad to see Huffman drop the proposal as Ohioans would not have had time to provide input before lawmakers moved to put the amendment on the ballot.

Huffman acknowledged it may be necessary to turn to the Ohio Supreme Court to allow more time for the redistricting process to play out.

The timelines require public hearings and other opportunities for citizens to weigh in before officials vote on the new maps. Besides improving transparency, the new mapmaking process encourages bipartisanship — maps go into effect for 10 years through a bipartisan vote compared to just four years if the vote isn’t bipartisan.

Both Huffman and House Speaker Bob Cupp, R-Lima, said Wednesday their goal is to get 10-year maps approved this fall.

Yost sued the Biden administration in February, but a judge dismissed the case a month later. Yost has appealed that decision and oral arguments in appellate court are scheduled for next week.

Why the deadlines matter

As reported, there are specific deadlines in place that lawmakers need to meet in order to approve the federal and state legislative maps.

These deadlines were written into the Ohio Constitution when voters approved new redistricting processes in 2015 and 2018.

Why, some have asked, can’t lawmakers simply ignore these September deadlines? After all, the legislature has missed budget deadlines in the past.

There are a few reasons why redistricting is different, Shanahan told the Ohio Capital Journal. The budget deadlines are statutory, while the redistricting deadlines are constitutional — perhaps making lawmakers a bit more loathe to violate the latter.

Meeting the deadlines also ensures a 10-year map rather than a 4-year map. Lawmakers would prefer not to go through this redistricting cycle again in a few short years. Nor would they want someone to challenge their missed deadlines in court.

Shanahan said it’s important to remember these deadlines were put in place by Ohio voters. Ignoring them could send a bad message.

Along with changes on the front end, groups such as the League of Women Voters of Ohio and Common Cause Ohio want to see the 2022 primary election date pushed back as well.

This would mean the full redistricting timeline approved by voters can play out.

Huffman is not in favor of pushing back the primary date, and the Ohio Democrats have not called for an election date change either.