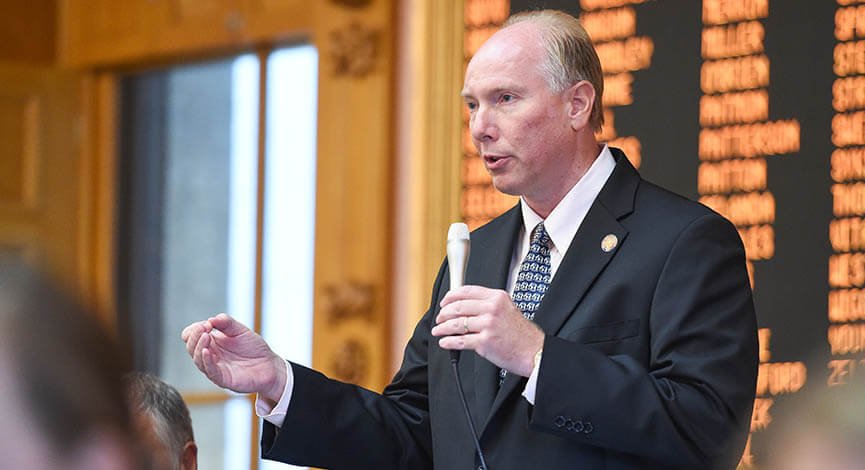 The former Clermont County prosecutor is asking for a refund after a former state legislator asked him to investigate the Ohio governor for terrorism.

Yost wrote in a brief to the court that an alternative to the approximately $4,000 reimbursement from Becker could be to “order Becker to spend a day observing criminal trials in open court, so that he can better understand the gravity of the matters for which prosecutorial and judicial resources must be preserved.”

All of these charges were leveled against the governor “for his handling of the ongoing COVID-19 pandemic throughout the state of Ohio, but more specifically, within Clermont County,” according to court documents.

The case was referred to then-county prosecutor D. Vincent Faris because of the felony charges. After reviewing the affidavit that same day, Faris told the county clerk “I…do not find a basis for the filing of a complaint pursuant to this private citizen’s affidavit.”

Two days later, Becker’s attorney asked to see the records related to the investigation Faris had done, and after receiving all the documents the prosecutor’s office said they had, asked the court to compel Faris to “act in accordance with his clear legal duty.”

The “extremely short time frame” of Faris’ investigation and lack of investigatory records, Becker said, proved the prosecutor “did not conduct an ‘actual,’ ‘meaningful’ and ‘legitimate’ investigation into his allegations” against the governor.

Faris argued to the court that several of Becker’s allegations were “so vague” that they made further investigation “futile.”

“(Ohio Revised Code) requires the prosecutor to conduct an ‘investigation,’ not an ‘investigation that takes longer than five hours and results in the production of voluminous investigatory records’ as Becker suggests,” the court wrote in their decision.

The court ruled that Faris is allowed to hold a hearing to impose “sanctions” on Becker, saying Becker’s conduct in the case “goes beyond a mere disagreement with the arguments presented by an opposing party.”

“Considering the record in this case, it is clear that the only ‘investigation’ that would satisfy Becker is one that would result in Prosecutor Faris issuing a warrant for Governor DeWine’s arrest and subsequent prosecution,” the court wrote. “But Prosecutor Faris is not required to bend the law in order to satisfy one man’s efforts to grandstand and garner media attention for himself to score political points with his (now former) constituents.”

A date for the hearing on sanctions against Becker was not specified in the court’s decisions.