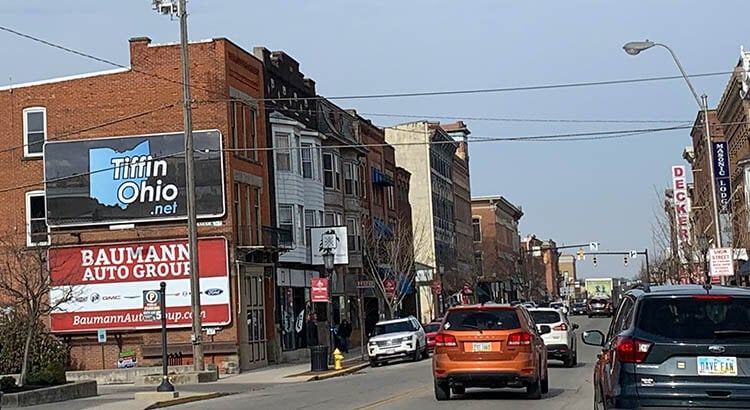 Every incorporated community in Ohio, from Aberdeen to Zoar, is set to receive at least some relief funding through the American Rescue Plan.

The largest chunks are headed to metropolitan areas, whose leaders say the relief will play a major role in helping big cities navigate the pandemic recovery while dealing with other crises such as gun violence and racial injustice.

The $1.9 trillion relief package was signed into law a month ago by President Joe Biden. Passed with only Democratic Party votes, the package included an extension of the child tax credit, stimulus checks to eligible Americans and hundreds of billions of dollars in direct aid to state and local governments.

City leaders from across the country, including Columbus Mayor Andrew Ginther and Dayton Mayor Nan Whaley, met virtually to discuss how the relief package will impact their communities in the years ahead.

Half of the money is expected to be distributed within the next month, with the other half to be allocated in 2022.

Communities are generally given flexibility in how to spend this money. Leaders can invest in local small businesses and nonprofits, pay for ongoing COVID-19 needs or finance infrastructure projects.

They cannot, however, use the money toward funding pensions or to offset tax cuts. Ohio Attorney General Dave Yost is currently challenging this provision in federal court.

Dayton, as an example, is set to receive an estimated $147 million in funding. Whaley said she plans to reinstate the local police and fire academies, which were expected to be canceled in 2021 due to budget shortfalls. The city is also eyeing revitalization projects for neighborhoods hardest hit economically by the pandemic.

Whaley and Ginther both complemented the American Rescue Plan for offering direct funding to communities, compared to earlier relief efforts that routed funding through the state government.

U.S. Sen. Sherrod Brown, D-Ohio, who leads the Senate Committee on Banking, Housing and Urban Affairs, said the goal is to allow cities to make their own determinations of how best to spend this money. ARP also provides a longer time period for communities to spend the relief funding compared to the CARES Act passed in 2020.

Here are the estimated amounts each “Metro City” in Ohio will receive:

Officials want $ for townships, too

Billions of dollars are headed to American states, counties, towns and tribal governments.

Seemingly left out of the picture are townships, and Ohio politicians from both parties want to see that fixed. These officials have written letters to U.S. Treasury Secretary Janet Yellen for guidance on whether a portion of the ARP funding can be spent by townships.

ARP allocates funding to incorporated communities, but there are millions of Ohioans living in unincorporated areas served by township governments.

“We have over 1,300 townships in Ohio that work diligently to provide support and services,” Hall and Swearingen wrote, “including road maintenance, medical assistance, waste disposal, police and fire protection, and other duties that benefit communities and Ohio families.”

“As other types of municipalities receive direct funding,” Crawley wrote, “Ohio’s townships should be eligible too.”

The Ohio Township Association is in support of these efforts, but as of Tuesday reported not hearing any update from the Treasury Department. If townships cannot receive direct funding through the relief package, the association noted that townships could still receive funding transferred from “other eligible entities.”